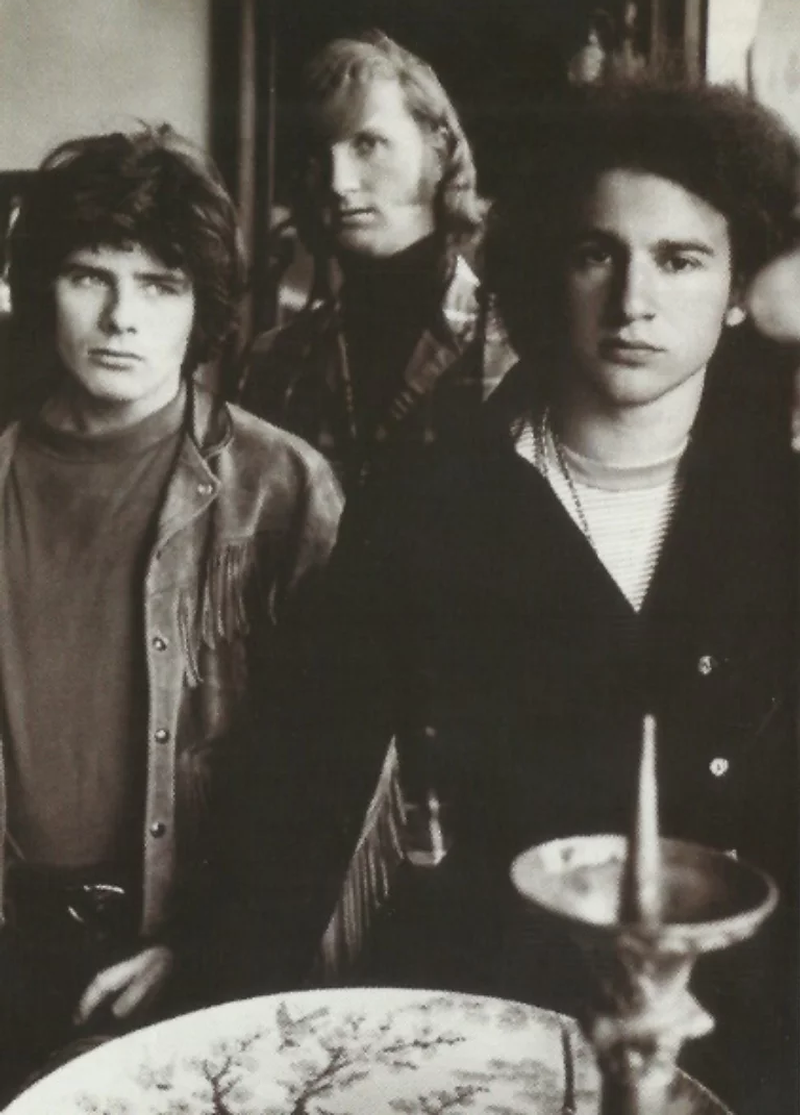 This trio formed in 1966 and was a product of the same San Jose, CA music scene that also produced the Count Five, the Syndicate Of Sound and the "E" Types. They released several singles and two LPs in the late 60s on the high profile record labels RCA and Capitol, but although a very solid act, had a difficult time breaking nationally. Band members included songwriter Jim McPherson (bass), Bob Rominger (guitar) and Dennis Carrasco (drums).

They quickly evolved from Beatles covers to writing original material, even though upon signing to RCA, their debut single was headlined by the excellent Fab Four cover of 'If I Needed Someone'. Their self-penned follow up single 'My Buddy Sin' closed out 1966 and in the spring of 1967, they scored a major local hit with 'We Got A Long Way To Go'. The Eastern influenced, psychedelic droner 'A Scene In Between' soon followed, but the group again proved unable to dent the national charts resulting in RCA terminating their contract.

Stained Glass then signed to Capitol and issued the 45 'Lady In Lace' b/w 'Soap And Turkey' in mid 1968. In early 1969, they issued their first full length effort (Crazy Horse Roads), which features a far less than conventional album cover of the band being hanged. When the record didn't hit big, Rominger soon exited, and with the addition of Tom Bryant (guitar), they released a second LP titled Aurora, but when it too didn't sell well, the group dissolved in November, 1969.

This compilation CD contains the following songs by this artist that are played on TWOS:
- A Scene In Between

This compilation CD contains the following songs by this artist that are played on TWOS:
- A Scene In Between