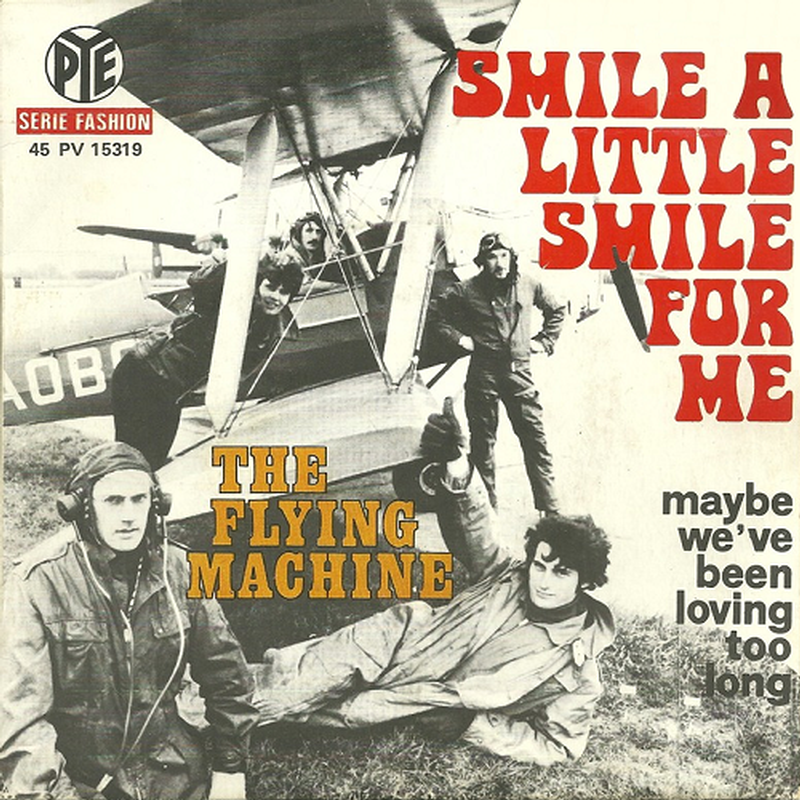 The Flying Machine was a London based outfit best known for their major 1969 hit single 'Smile A Little Smile For Me', which peaked at #5 on the U.S. Billboard Hot 100 chart. The group was conceived by a pair of songwriters and producers named Tony Macauley and Geoff Stevens as an avenue to have their material performed and recorded. Members included Steve Jones (lead guitar, vocals), Ian Coleman (bass), Paul Wilkinson (drums), Sam Kempe (vocals) and Tony Newman (vocals).

All band personnel except Wilkinson had previously been members of Pinkerton's Assorted Colours. During the Flying Machine's relatively brief existence between 1969-71, they issued one LP (Down To Earth With The Flying Machine) and six 45s on the Pye label. A follow-up single to 'Smile A Little Smile For Me' (a cover of the Marmalade's 'Baby Make It Soon') also made the U.S. charts in 1970, but the group reportedly grew frustrated with their pop-oriented style. A 1971 single ('The Devil Has Possession Of Your Mind') suggested a change towards a harder, more psychedelic direction, but the band couldn't hold it together and split up before the close of that year.

Down To Earth With The Flying Machine