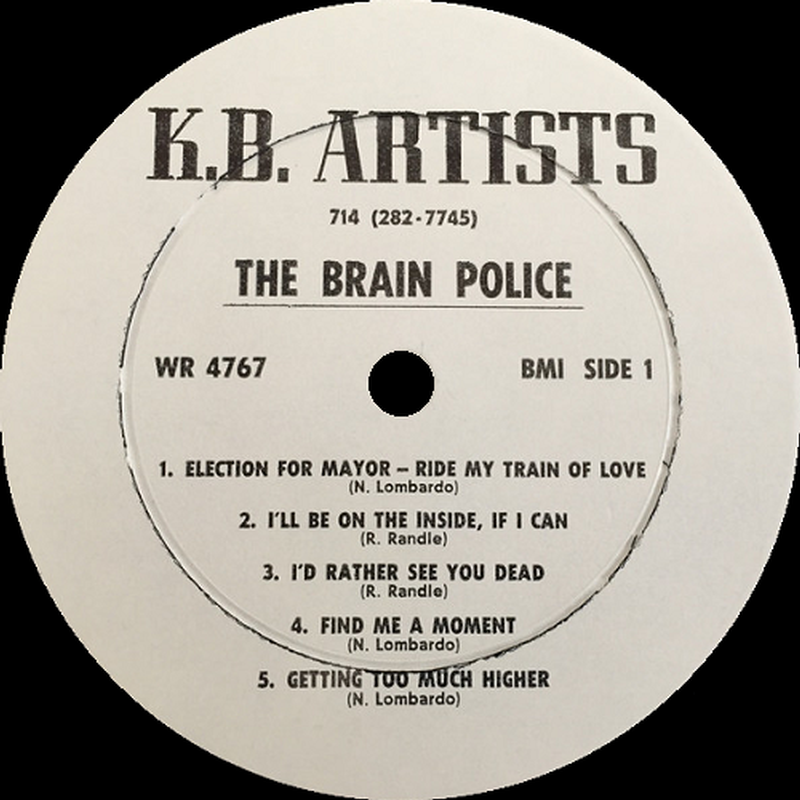 The Brain Police was one of the most popular bands of San Diego, CA in the late 60s. The original ensemble included the Randle brothers Rick (vocals, guitar, keyboards, harmonica) and David (guitar), along with Frank Mannix (bass) and Tony Johnson (drums).

In late 1969 after the Brain Police had finally called it quits, Rick Randle moved north to San Francisco and joined up with Lombardo, forming a short-lived band named the Dry Creek Road. This group recorded an album for Grunt Records which was produced by Paul Kantner of the Jefferson Airplane and has yet to be released.