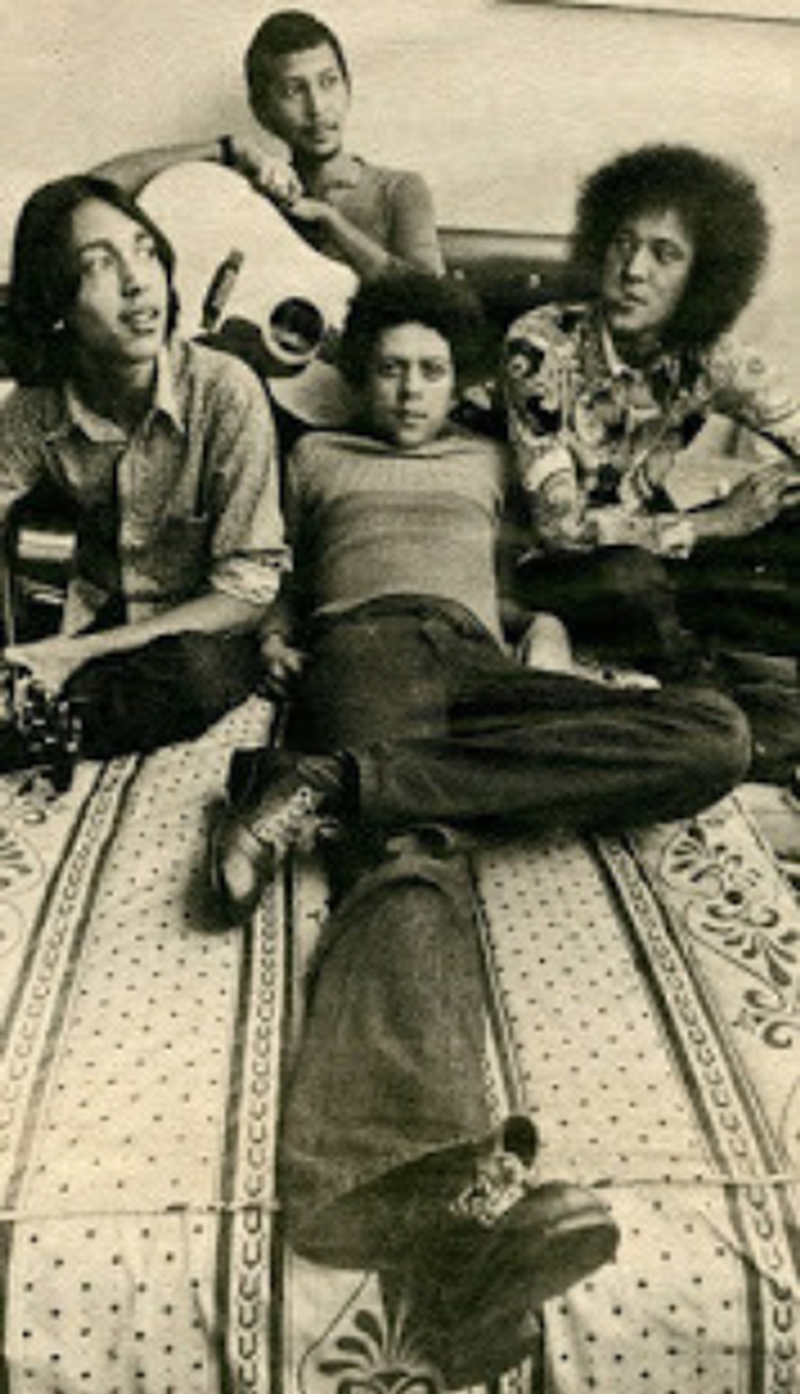 This South African R&B-soul band started life in 1963 with original members Eugene Champion (guitar), George Faber (drums) and siblings Steve (guitar) and Edries "Brother" Fataar (bass). It wasn't long though that Faber was replaced by third brother Ricky Fataar (drums), and then Champion was briefly replaced by Edries Fredericks (guitar) who was in turn replaced by Baby Duval (guitar). This lineup lasted until 1967 when Duval was replaced by Blondie Chaplin (guitar).