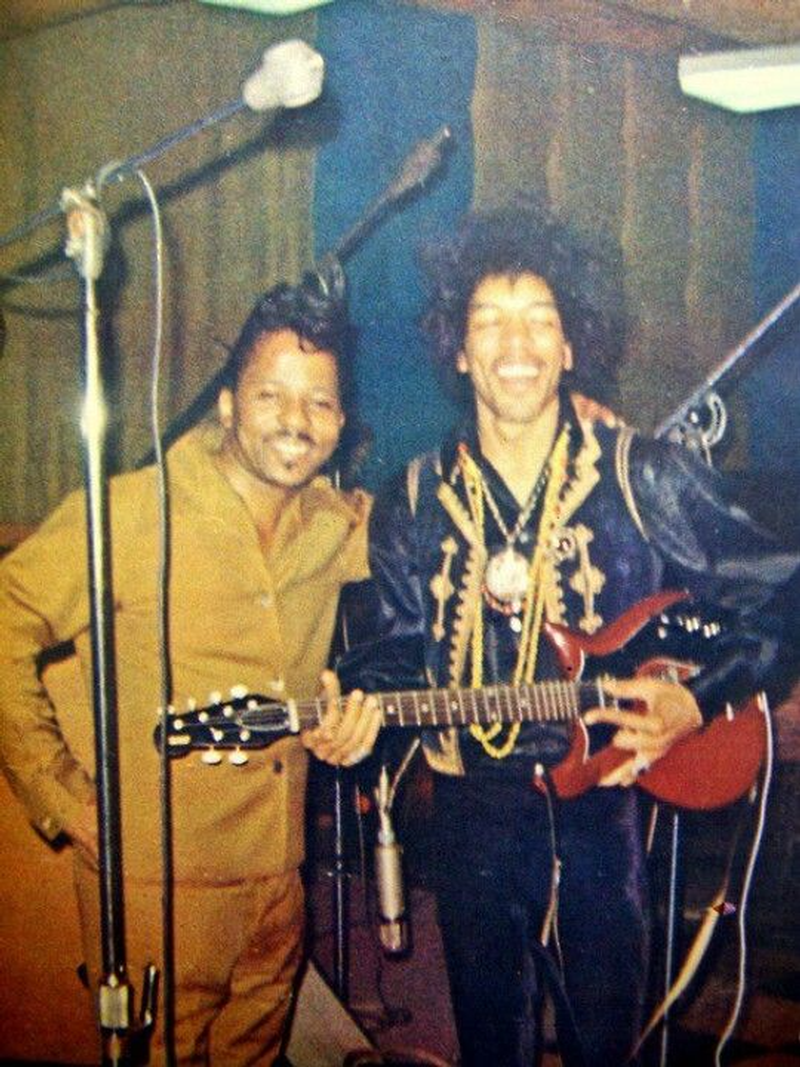 The Jimi Hendrix and Curtis Knight relationship started when Hendrix became a member of Knight's band, the Squires, in 1965. They mostly gigged around the New York City area and, all in all, Hendrix ended up playing guitar on over 60 tracks (26 studio and 35 live recordings) with Knight and the Squires. Before Hendrix relocated to London in 1966, he had signed a contract with record executive Ed Chalpin, which authorized Chalpin to release the past Hendrix-Knight recordings even after Hendrix had become a worldwide sensation by 1967.

The first LP issued (Get That Feeling) consisted mainly of mid 60s sessions, but was released in December, 1967, long after Hendrix had become hugely famous with the Jimi Hendrix Experience. A second LP titled Flashing was issued about 10 months later on Capitol Records and consists mostly of material generated during a Hendrix-Knight jam session held at PPX Studios in late July, 1967. Songs of note include the excellent Knight penned 'Gloomy Monday' and an outstanding, soulful cover of The Beatles' 'Day Tripper'.