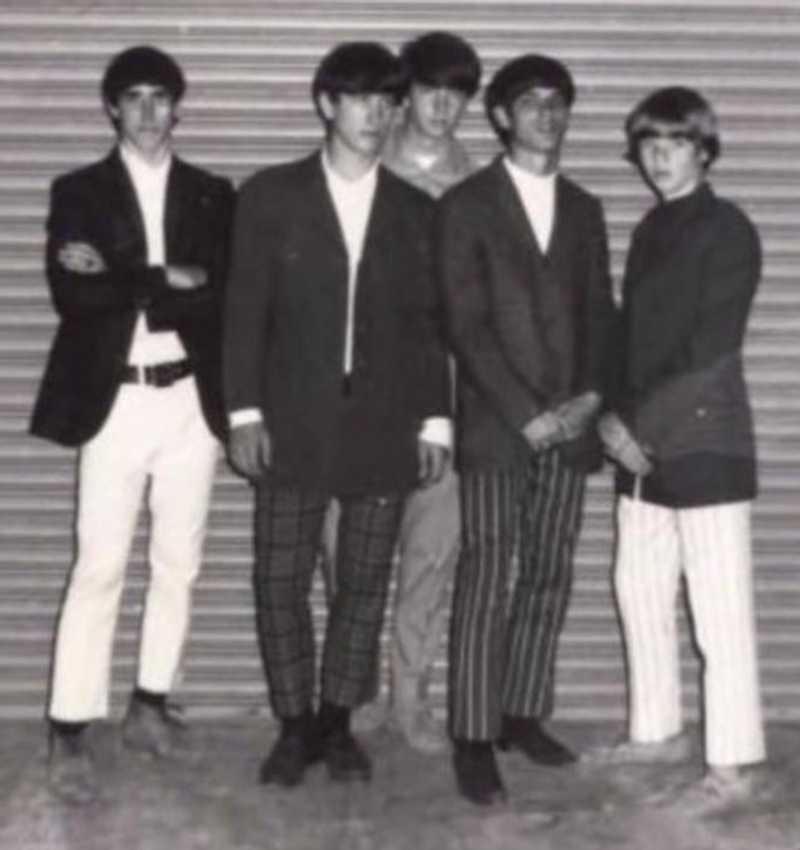 Little is known of this Atlanta area band that was formed in 1966 by a group of Sylvan High School students. Members included Terry Lawson (lead vocals), Terry Kindall (organ, guitar), Jan Whitten (lead guitar), Larry Cole (bass) and Billy House (drums). They played all over the local area, including teen clubs like the Comic Book Club, and opened for many top groups, including Paul Revere & The Raiders and the Electric Prunes. They issued one 45 in 1968 (the gritty 'Up In My Mind' b/w a cover of the Who's 'Pictures Of Lily') at LeFevre Studios in Atlanta.

Up In My Mind

Beyond The Calico Wall

This compilation CD contains the following songs by this artist that are played on TWOS:
- Up In My Mind

This compilation CD contains the following songs by this artist that are played on TWOS:
- Up In My Mind