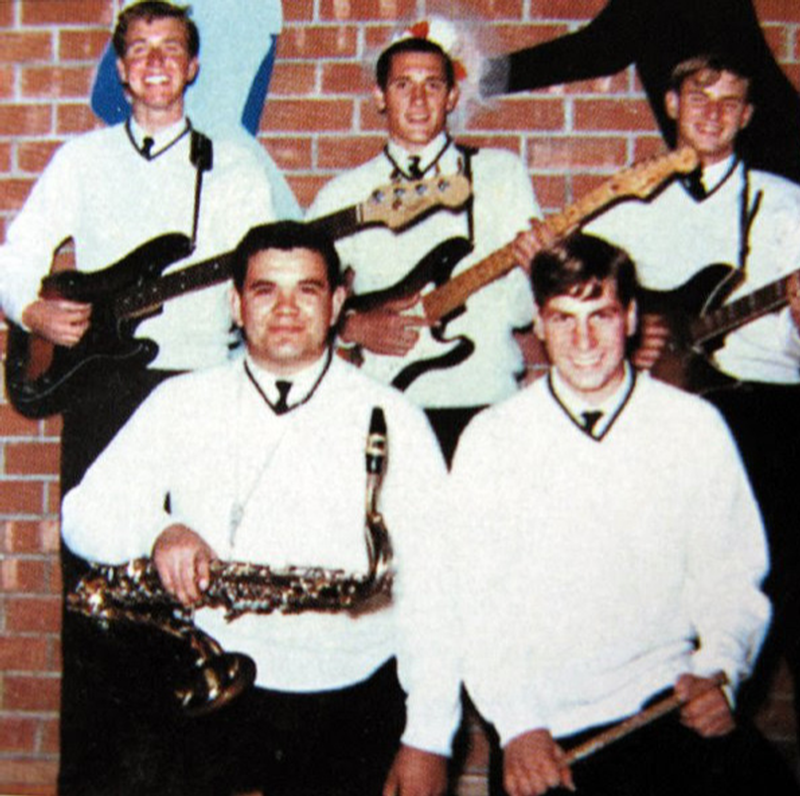 Their first 45 ('She's Gone' b/w 'What Am I Going To Do?') was issued on the local Miramar label in the fall of 1965 and at the time made little impact. Their second single ('I Could Be Happy' b/w 'People Ask Me Why') was also issued on Miramar in November, 1965 and charted locally, causing it to be re-released on the larger Reprise Records a month later. Shortly after, Morinini left the band and was replaced by Randy Busby (drums).

In April, 1966, they released a third and much more psychedelic single (the incredible 'The Third Eye' b/w 'Your Love'), which many people consider way ahead of it's time for its release date. A fourth and final single ('She's Not Just Anybody' b/w 'About Me') issued in May, 1966 saw the departure of Clawson who was replaced by Nick Hoffman (lead guitar), but this wasn't enough to keep the ball rolling and the band soon splintered apart. All of the Dovers' singles are highly sought after and sell for high prices amongst collectors. Vey few modern bands have been brave enough to cover their songs due to their very high regard within the music industry.