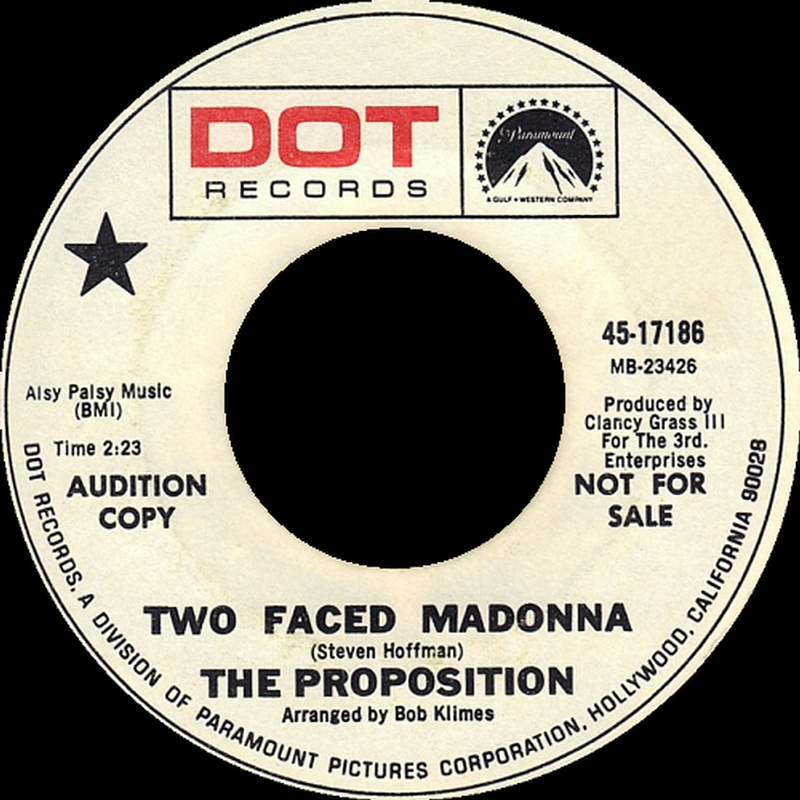 This L.A. ensemble was formed by Steve Hoffman and Ron Roman in 1968 after leaving the Mystic Astrologic Crystal Band. They released two 45s, with the Hoffman penned 'Two Faced Madonna' gracing the A-side of the first. It should be noted that Hoffman had already left the group before the recording of their second single, which was actually released under the moniker Ron Roman & Proposition.