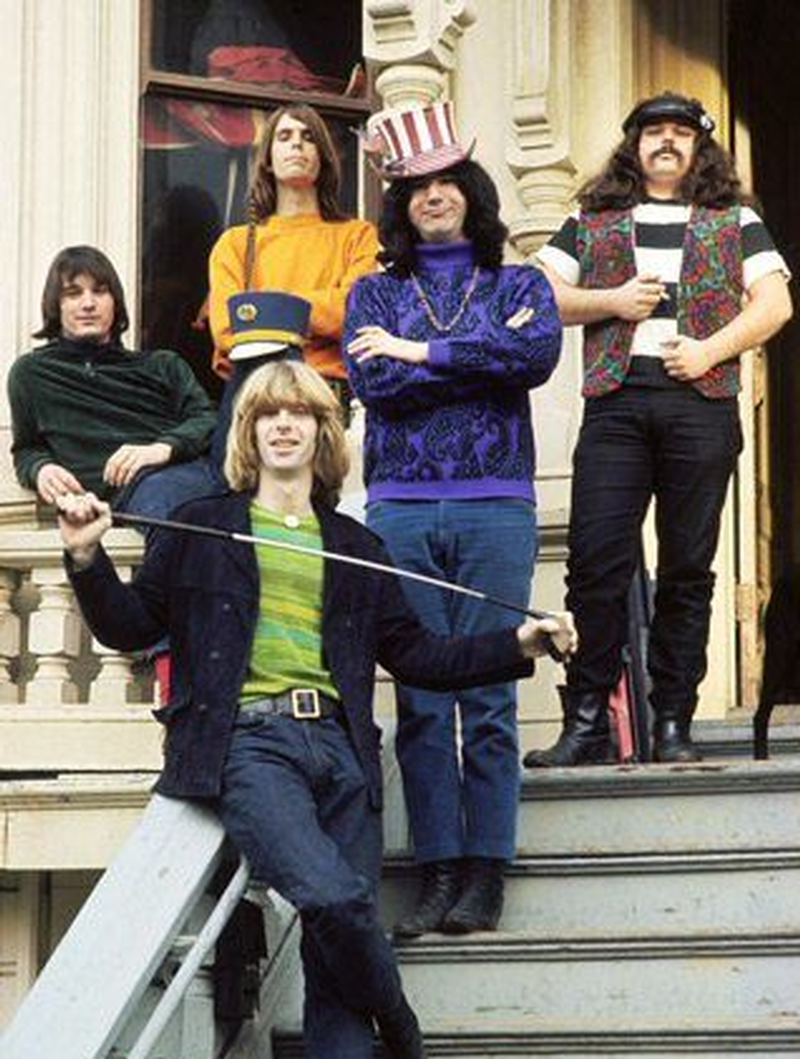 In mid 1969, the group issued their third studio LP (AOXOMOXOA), which was originally planned to have the title "Earthquake Country". The title of the album is a palindrome created by Robert Hunter and cover artist Rick Griffin. According to the audio version of the Rock Scully memoir Living with the Dead (read by the author and former Dead co-manager himself), the title is pronounced "OX-OH-MOX-OH-AH" and the words "GRATEFUL DEAD" on the front of the album, written in large, flowing capital letters, can also be read "WE ATE THE ACID". This LP abandons the prior quest to replicate the Dead's live sound, but still manages to emanate a fresh creative aura throughout. Album tracks like 'St. Stephen', 'Cosmic Charlie' and 'Dupree's Diamond Blues' feature a groovy, hypnotic vibe which was to become their signature sound throughout the remainder of the band's existence. The band next released a seminal live, double LP in late '69 simply titled Live Dead to close out the decade, which was recorded at Bill Graham's Fillmore West earlier in the year.

This compilation CD contains the following songs by this artist that are played on TWOS:
- The Golden Road (To Unlimited Devotion)
- Dark Star