The Scots Of St. James 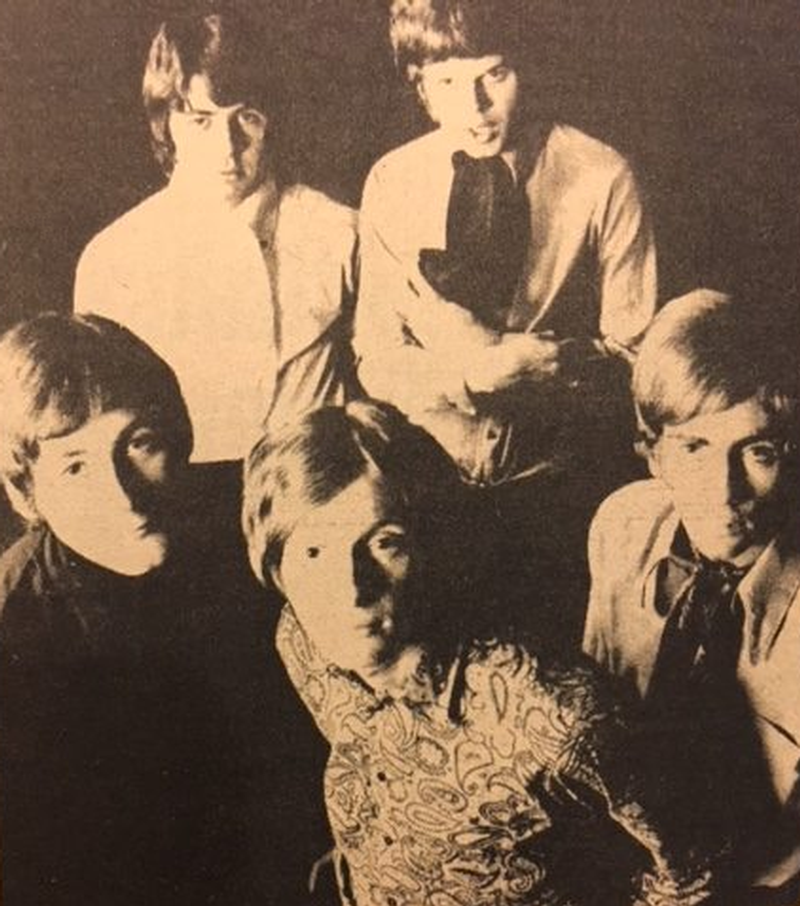 This Scottish outfit was previously known as the In Crowd and included original members Jimmy Oakley (lead vocals), Hugh Nicholson (lead guitar), Graham Maitland (keyboards, rhythm guitar), Diego Danalaise (bass) and Alan Kelly (drums). After the group had already been playing for a while, Owen "Onnie" McIntyre (guitar, vocals) was brought into the fold. They issued their first single (a cover of Ben E. King’s 'Gypsy' b/w 'Tic Toc') on the Go label in 1966, but after the record failed to chart, several significant personnel changes occurred with Stuart Francis being added as a second drummer, Danalaise being replaced by Alan Gorrie (bass), and Nicholson being replaced by ex-Poets member Norrie Maclean (lead guitar). As a side note, Nicholson would go on to play in the Poets and then later with Marmalade.

In the fall of 1967, a second 45 ('Timothy' b/w 'Eiderdown Clown') was released on the obscure Spot label with the outstanding B-side being written by Gorrie and Maitland. The band followed up their second record with a tour of Germany where they were well received, but by this time, Oakley wasn't getting along with the rest of the lineup so he was replaced by Hamish Stuart (lead vocals). Kelly then left the group and they changed their name to Hopscotch, which under this moniker, a few more poppy singles were issued on the United Artist label in 1969, but they went nowhere prompting a breakup. Later that year however, McIntyre, Gorrie and Francis got back together, bringing in Band Of Joy alumnus Mick Strode (lead guitar, vocals) to form the prog-psych outfit Forever More, which issued two rather respectable LPs on the RCA label in 1970. In 1972, McIntyre, Gorrie and a returning Hamish Stuart formed and reaped big success in the Average White Band.

This compilation CD contains the following songs by this artist that are played on TWOS:
- Eiderdown Clown

This compilation CD contains the following songs by this artist that are played on TWOS:
- Eiderdown Clown