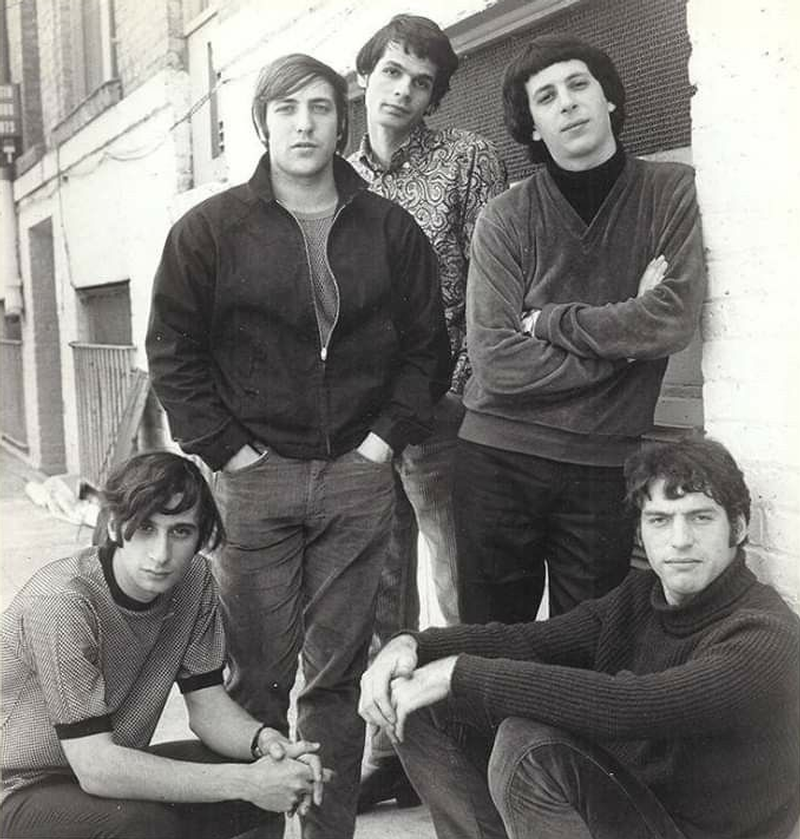 Formed in 1965, the Blues Project was one of the most exciting bands on the New York City, Greenwich Village scene, playing a varying mix of folk-rock, soul, psychedelia, jazz and of course, blues. They are also considered by many to have been one of the first real jam bands, cranking out long improvisational and eclectic live sets.

The group was made up of Tommy Flanders (vocals), Steve Katz (guitar), Danny Kalb (lead guitar), Andy Kulberg (bass, flute) and Roy Blumenfeld (drums). The addition of Greenwich Village hipster Al Kooper (vocals, organ) made the Blues Project's lineup even more alluring since he had recently worked on Bob Dylan's classic LP Highway 61 Revisited, as well as played live with him during the infamous "Dylan goes electric" set at the Newport Folk Festival. His credibility as a songwriter was perhaps the biggest asset, having co-written the #1 hit 'This Diamond Ring' for Gary Lewis & The Playboys and 'This Could Be The Night' for the Modern Folk Quartet.

Their debut LP (Live At The Cafe Au Go Go) was recorded in late 1965 and displays the group's raw jamming talent, showing off their instrumental chops and improvisational skills on songs like 'Spoonful'. The album was a moderate success and the band toured the U.S. to promote it. While in San Francisco in April 1966, during the height of the city's Haight-Ashbury culture, the Blues Project played at the Fillmore Auditorium to rave reviews. Seemingly New York's answer to the Grateful Dead, even members of the Dead who saw them jam were impressed with their improvisational abilities.

The next album (Projections) was released in late '66 and presents a softer, more eclectic side with the psychedelic 'Steve's Song', the punky freakout 'I Can't Keep From Crying' and the jazzy Kooper instrumental 'Flute Thing', one of their most popular numbers. The non-album single 'No Time Like The Right Time' (another Kooper original) kept them visible by charting at #96 on the Billboard Hot 100.

By 1967, the diverse styles of the band that were once an asset, began to work against them when Kooper's desire to add brass conflicted with Kalb, who was more of a blues purist. Eager to branch out further, Kooper left to form Blood, Sweat & Tears, a cutting edge group that included his desired brass section. The Blues Project played the Monterey Pop Festival in the summer of 1967, but Katz then left soon after to join Kooper in Blood, Sweat & Tears, while Kalb also quit leaving Kulburg & Blumenfeld to pick up the pieces and revamp the band.

The uninspiring LP Live At Town Hall was than released in late 1967. Despite the name, only one song was recorded live at Town Hall, while the rest were made up of live recordings from other venues, or of studio outtakes with overdubbed applause to simulate a live sound.

Kulburg and Blumenfeld assembled a new lineup for 1968's Planned Obsolescence LP. This album, the bands fourth, sounds very little like the original Blues Project so their name was subsequently changed to Seatrain. In the early 70s, the band reunited frequently, including a concert in Central Park featuring the original Projections lineup.

This compilation CD contains the following songs by this artist that are played on TWOS:
- No Time Like The Right Time