The Gentle Power Of Song 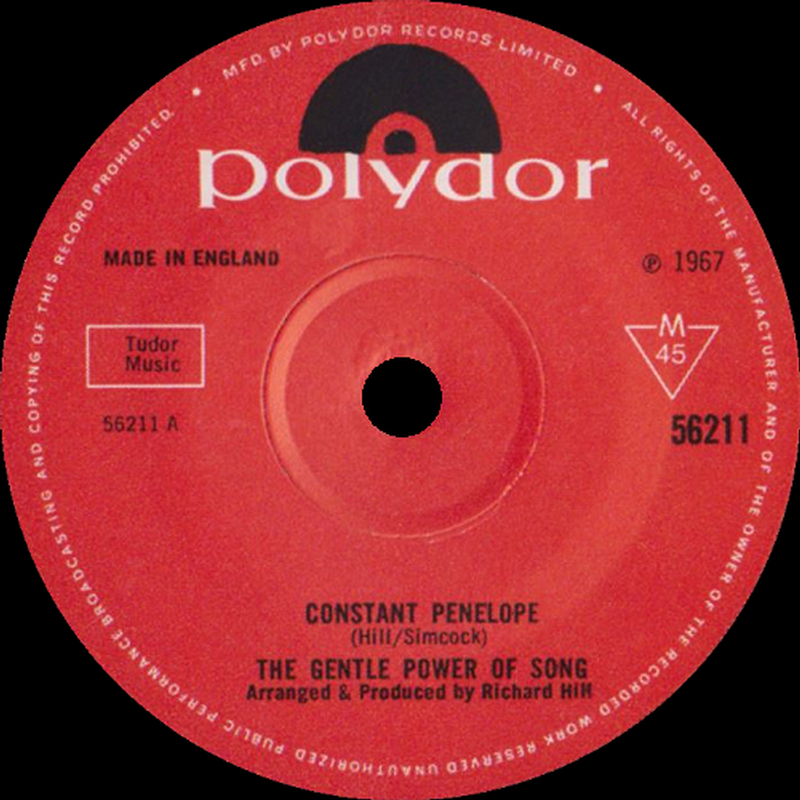 In the spring of 1967, they played an event called the May Ball at Caius College and were discovered by Richard Hill, who changed their name to the Gentle Power Of Song and ultimately got them a record deal with Polydor. They issued their debut single ('Constant Penelope') in November of '67, which is very unique with interesting harmony, well placed French horn, original time changes and even a bit of trippy fuzz guitar! As on all their records, the instrumentation was provided by session musicians and produced, arranged, and co-written by Hill. Their first LP (Peace) was released about a month later and includes a collection of straight laced Christmas carols.

In 1968, the ensemble issued a second LP titled Circus, which includes mostly covers of Beatles, Beach Boys and Association tunes, but also a handful of originals including 'Constant Penelope'. Around this time, Potter left the fold and was replaced by Robert Kirby (tenor vocals), but they couldn't keep it together and eventually called it quits later in the year. Kirby went on to develop a successful career as an arranger of string sections for a slew of famous musicians including Nick Drake, Elton John and Elvis Costello.

This compilation CD contains the following songs by this artist that are played on TWOS:
- Constant Penelope