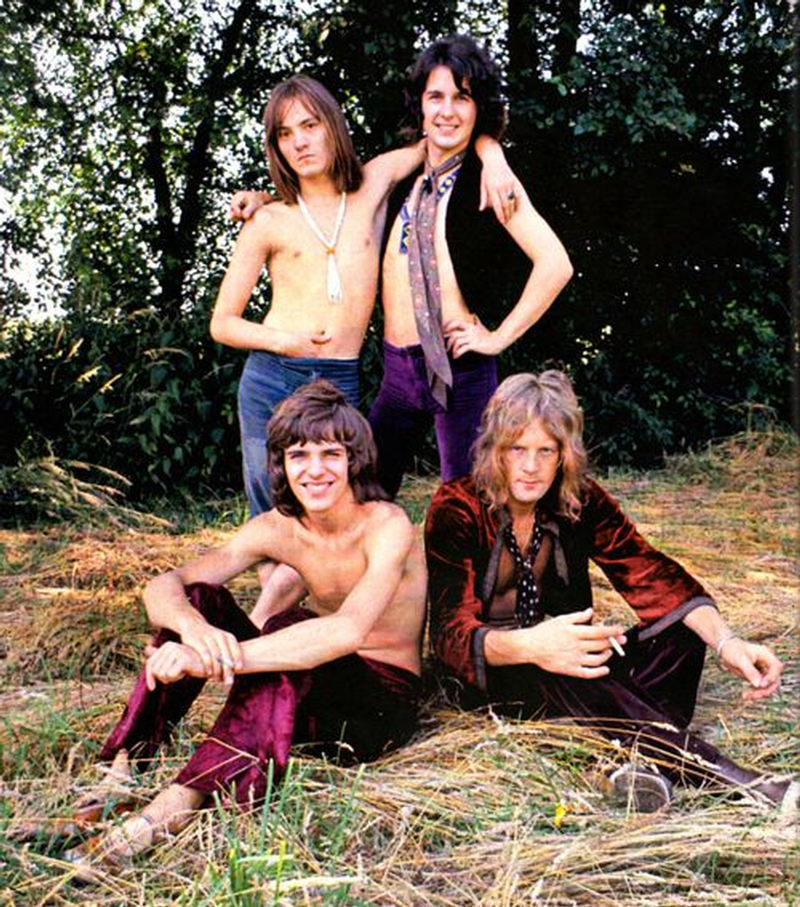 The foursome came together in April, 1969 and almost immediately sequestered themselves to Marriott's country cottage in Moreton, England to begin work on a debut album. They were not so immediately signed by Immediate (Steve Marriott and the Small Faces' label) due to contract snags, but from their continued jam sessions, they produced a boatload of material right out of the gates. The band finally released a debut single in July, 1969 (the Marriott penned 'Natural Born Boogie' b/w 'Wrist Job'), which became a huge hit in England, peaking at #4 on the U.K. charts. Their first LP (As Safe As Yesterday) was released in the late summer of 1969 and reached #16 on the U.K. album charts. It includes several outstanding tracks, including an incredible cover of Steppenwolf's 'Desperation'.

Their second LP (Town And Country) was also the product of the Marriott cottage jam sessions and was released towards the end of '69 during their first U.S. tour. This album is also quite good and includes a slew of notable songs, including the Marriott penned 'The Sad Bag Of Shaky Jake'. Unfortunately, this more acoustic record didn't sell as well as their first and forced the group to rethink their musical direction towards a harder, more raw sound.

To support their early records, touring became a staple for the band. While Marriott, Ridley and Frampton all shared front man duties, concerts were musical marathons presented in two distinct parts: the first was acoustic and mellow, many times performed by the four sitting on the stage floor barefooted, while the second half was plugged-in, louder and more R&B influenced.

At the beginning of 1970, Immediate Records fell into financial disarray forcing Humble Pie into a period of limbo until U.S. based A&M picked up their contract later in the year. At the same time, Dee Anthony was brought in to bring a change to the group's management. This was to be a pivotal point in the band's career as their musical mood shifted to a more rock and blues sound, which is evident on their third, self-titled LP issued later in '70. Heavy touring and promotion in the U.S. also began to gain the band notoriety on both sides of the Atlantic.

In 1971, Humble Pie released the commercially successful LP Rock On, but later in the fall of that year, Frampton abruptly called it quits and was replaced by ex-Colosseum member Dave "Clem" Clempson (guitar, vocals). It wasn't until 1972 that the band hit it big in America with the release of the live double LP Performance: Rockin' The Fillmore, which hit #21 on the U.S. charts. Their next studio LP ('Smokin') continued their rise in popularity, peaking at #6 in the U.S. and #28 in the U.K. This was to be their hottest selling record and officially marked them as one of the most successful groups and concert draws of the early 70s, in the advent of what was to be later labeled as "Stadium Rock". The band finally called it quits in March of 1975 when Marriott sited exhaustion from the constant touring and went on to start a solo career.

As Safe As Yesterday Is