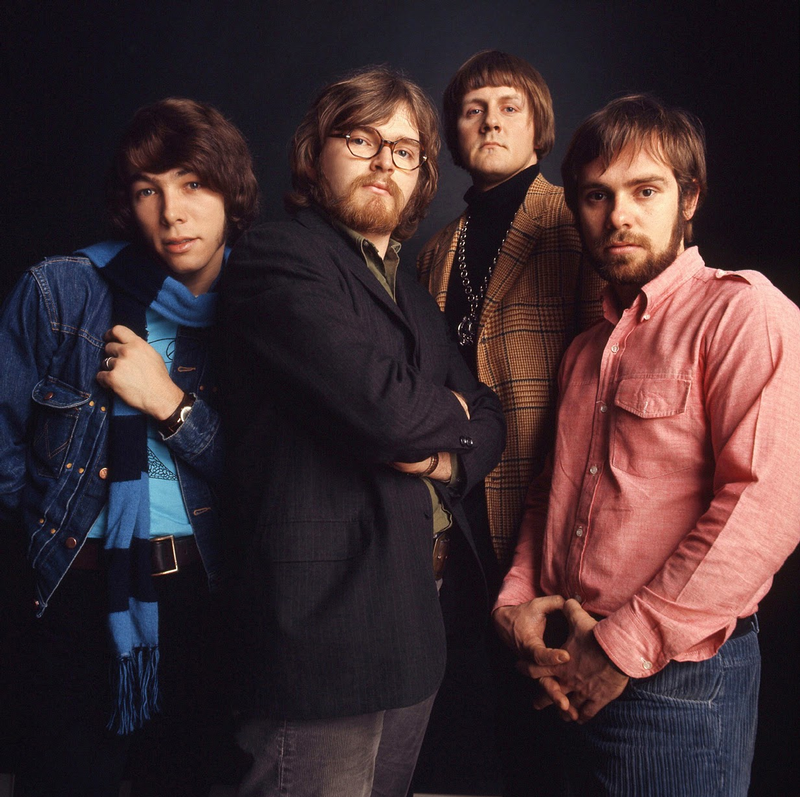 Orpheus was an underrated group out of central Massachusetts that had a very unique and well orchestrated soft-psych vibe that still sounds as fresh today as it did when originally first introduced way back in the late 60s. Although frequently associated with the "Bosstown Sound" and other bands that emerged from that scene like Ultimate Spinach and the Beacon Street Union, Orpheus performed at a higher level, producing consistently strong material throughout the span of their career. Much of the band's originality and success can be attributed to singer and songwriter Bruce Arnold (lead vocals, guitar), who either penned and, or arranged most of their well crafted output. Other original members included Jack McKennes (guitar, vocals), Eric "The Snake" Gulliksen (bass) and Harry Sandler (drums).

The group's origin can be traced back to 1964 when Arnold and McKennes of Worcester, MA formed a folk duo called the Villagers, which was named after a Cape Cod coffee house called the Villager where they frequently played. The pair first performed cover songs but soon graduated to Arnold's original material in the fall of 1964, and began playing regularly at the Carousel in Hyannis. By early 1967, the Villagers had gained wider popularity, performing at venues such as the Loft, the Odyssey, the Unicorn, and the Pesky Sarpint. That summer, bassist Gulliksen was added and the group rehearsed as a trio, while auditioning drummers. Sandler, who had been playing the skins with a surf band called the Mods, was soon included, completing the ensemble.

In the summer of 1967, the quartet settled on the name Orpheus and recorded a demo tape with nine songs, including Arnold’s 'Can't Find The Time', 'I'll Fly', 'As They All Fall' and 'The Dream'. After shopping the demo tape and receiving nine recording offers, the group eventually signed with producer Alan Lorber of MGM and recorded their first, self-titled LP in the fall of 1967. The album was released in early 1968 and is nothing less than excellent, with many of the tracks written or co-written by Arnold, including the classic 'Can't Find The Time', which eventually peaked at a surprisingly modest #80 on the Billboard Hot 100 (many people now speculate that 'Can't Find The Time' would have become a much bigger hit if wasn't for MGM's inability to distribute a sufficient number of 45s to many of the record stores across the country that were clamoring for it). It should also be noted that three of the songs written for the band ('The Doorknob Song', 'Congress Alley' and 'Music Machine') were penned by Stephen B. Martin who wasn't an official member of the band at the time, but was an important behind the scenes contributor. It is also important to mention that neither Gulliksen nor Sandler play on the record; rather Joe Macho Jr. (bass) and Bernard "Pretty" Purdie (drums) contributed the rhythm section and would go on to play on all of the band's subsequent MGM singles.

The group followed the success of their first LP with the release of Ascending in the fall of 1968. This album also includes a slew of outstanding tracks, including Arnold's 'I'll Fly' and Martin's awesome 'Just Got Back' to name a few. A third LP (Joyful) was issued in the spring of 1969 and features other great songs like Arnold's 'As They Fall' and another neatly arranged song written for the group called 'Brown Arms In Houston'. At around this time, they also provided the title song ('Little Sister') for the film Marlowe, starring James Garner. Orpheus also frequently played live and on the same bill as a number of the major acts of the era, including Cream, Led Zeppelin and the Who.

By the end of 1969, Arnold had decided to revamp the band so he called an end to the original lineup and recruited all new members: schoolmate Martin (vocals), Purdie (who had already played drums on all their hits), childhood friend Elliot Sherman (piano, clavinet), prodigy Howie Hersh (bass) and Kevin Burke (harmonica). This version of the group issued a second, self-titled LP on the Bell label in the summer of 1971, which includes the excellent 'Big Green Pearl'.

In late 1971, Arnold journeyed to California to collaborate with famed sarodist Ali Akbar Khan and decided to stay, thus bringing an end to Orpheus for good. Bruce Arnold continues to record and perform to this day, most recently issuing a collection of fantastic new songs on an LP titled Orpheus Again in early 2010. Again the lineup included Bernard Purdie, Howie Hersh and Elliot Sherman plus Boston's lead singer Brad Delp and Japan's top jazz trumpeter Tiger Okoshi. Much of the new disc was recorded, by invitation of George Lucas, at his Skywalker Ranch Soundstage studio.

A big thanks to Bruce Arnold of Orpheus for his important contribution to this article.

The Best Of Orpheus

This compilation CD contains the following songs by this artist that are played on TWOS:
- Brown Arms In Houston
- Can't Find The Time
- Walk Away Renee