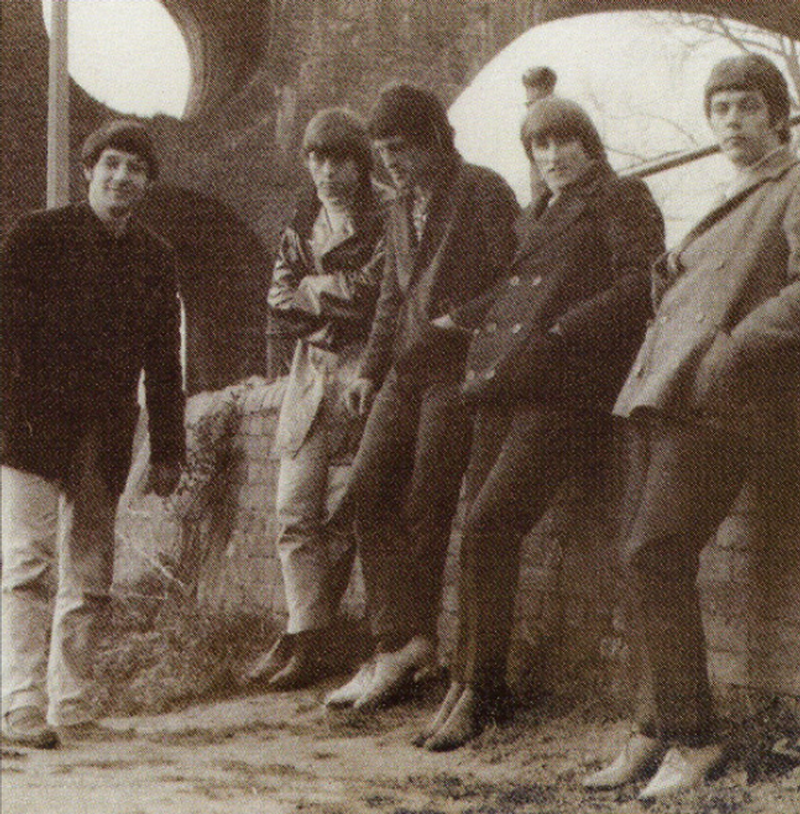 This Worcester outfit formed in 1966 and is best known for including Dave Mason (guitar, vocals) and Jim Capaldi (drums, vocals) of future Traffic fame. Other members included Luther Grosvenor (lead guitar, vocals), Gordon Jackson (rhythm guitar, vocals), Dave Meredith (bass) and John "Poli" Palmer (flute, vibraphone, drums). They gigged around England including at Birmingham's Elbow Room and London's Marquee. They also recorded a slew of songs, but never had any vinyl officially released and ended up calling it quits in early '67. Highlights from their recordings include 'On The Circle Of Life' and 'Or Something'. It should also be noted that Palmer went on to become a member of Family in 1969.