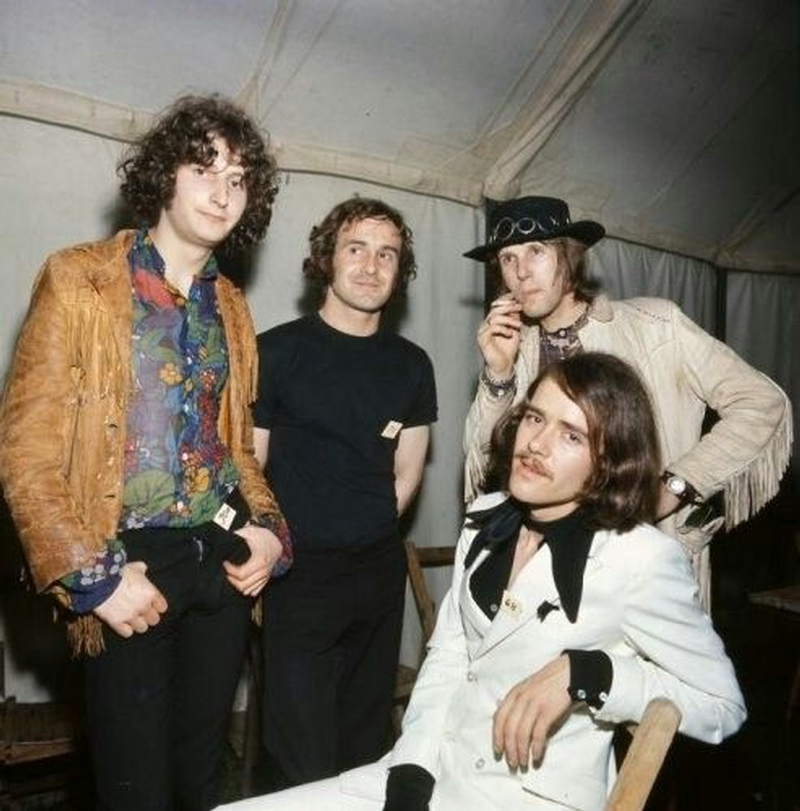 The Nice was a London based prog-psych outfit formed in 1967 when Keith Emerson (keyboards) was approached by P.P. Arnold with a request to form a new backing band for her. Emerson agreed with the stipulation that the group he would create would also be the stand-alone opening act for all of her gigs. Arnold’s manager, Andrew Loog Oldham, readily agreed because it effectively meant getting two bands for the price of one. Now given the go-ahead, Emerson recruited ex-Attack member David O'List (guitar), along with Ian Hague (drums) and past bandmate Keith "Lee" Jackson (bass, vocals) from their Gary Farr And The T-Bones days.

The group played their first gig in the spring of 1967 at the National Jazz and Blues Festival in Windsor and was an instant hit with the crowd due to the combined flamboyant stylings of Emerson and O'List. When P.P. Arnold went back to her family in the U.S. shortly afterwards, Oldham offered the group a contract of their own. Hague was not interested in the "progressive" direction that the group wanted to go in, so he was replaced by former Mark Leeman Five and Habits drummer Brian Davison. Now a band in their own right, the Nice spent the end of 1967 on a package tour with the Jimi Hendrix Experience, Pink Floyd and the Move. It’s interesting to note that during the tour, the Floyd's then leader, Syd Barrett, missed several gigs giving O'List the opportunity to stand in for him.

The group's first album (The Thoughts of Emerlist Davjack), which was titled after fragments of each of the four band member's surnames, was recorded throughout the autumn of 1967, incorporates classical and jazz influences and includes the standout track 'Flower King Of Flies'. After the album was released in the spring of 1968, the group realized that they had a conflict of interest with Oldham as manager, so they recruited sports journalist Tony Stratton-Smith to replace him. In the summer of that year, a second 45 was released which includes the outstanding 'The Diamond Hard Blue Apples Of The Moon' tucked away on the B-side. O'List then left for the Misunderstood and was replaced by Gordon Longstaff (guitar) before a second LP (Ars Longa Vita Brevis) was issued in December, 1968.

In 1969, Longstaff left and wasn’t replaced, with the remaining trio focusing even more on Emerson's keyboards. In the summer of that year, a third, self-titled LP was released with the second side featuring a live performance at the Fillmore East in New York City. The group then switched to the Charisma label and three more LPs were issued in the early 70s, although the band officially broke up in the spring of 1970 before their fifth LP was released. Emerson of course went on to reap huge success with Emerson, Lake and Palmer and O'List played guitar briefly in both Jethro Tull and Opal Butterfly, and then more prominently in Roxy Music and Jet.

This compilation CD contains the following songs by this artist that are played on TWOS:
- Flower King Of Flies