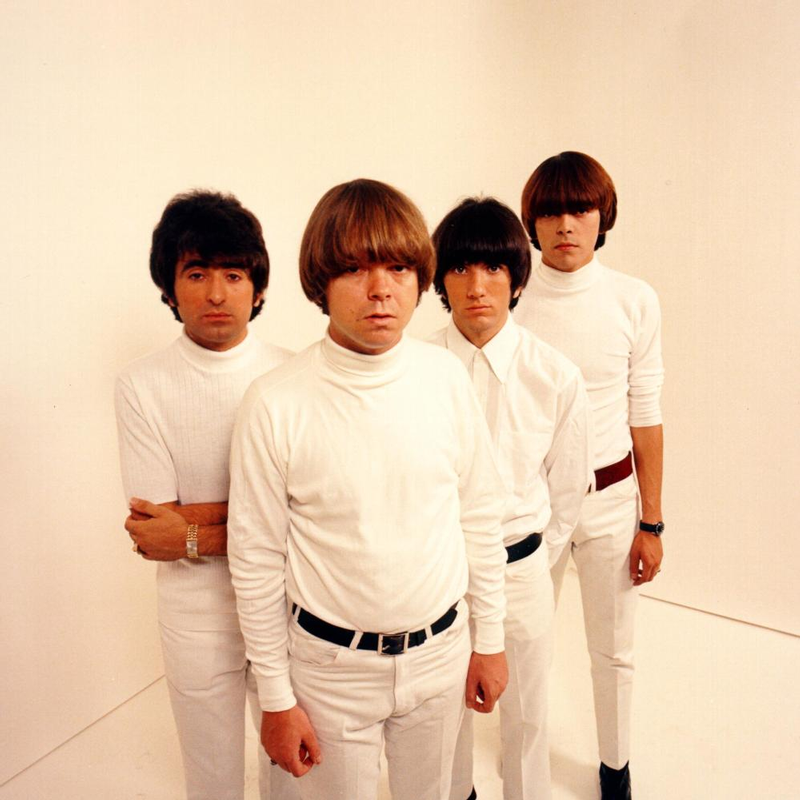 This L.A. band formed in 1962 with original members Larry Tamblyn (keyboards, guitar, vocals), Tony Valentino (lead guitar), Jody Rich (bass) and Benny King (drums). Tamblyn had previously been a solo performer, recording three singles between 1960-61. He also came up with the Standells moniker (originally the Standels) from the fact that they were always standing around in booking agents' offices trying to score gigs. As a side note, Tamblyn is the brother of actor Russ Tamblyn and the uncle of actor Amber Tamblyn. The group cut their first 45 ('You'll Be Mine Someday' b/w 'The Girl In My Heart') as Larry Tamblyn And The Standels on the Linda label in the late summer of 1963. Their first major performance was in Honolulu, HI and after several months, Rich and King left and were replaced by Gary Lane (bass, vocals) and Gary "Walker" Leeds (drums).

In early 1964, the band signed to the Liberty label and began issuing records as the Standells. Leeds left the fold around this time however to form the Walker Brothers (and later Gary Walker & The Rain) and was replaced by former Mouseketeer Dick Dodd (drums), who also took on lead vocal responsibilities. This lineup released their first LP later in the year titled In Person At P.J.'s, which would later be reissued in 1966 as "Live" And Out Of Sight. That year they also appeared in the movie Get Yourself a College Girl and also released two 45s on the Vee Jay label, which were both produced by Sonny Bono (later of Sonny & Cher fame). In the spring of 1965, the Standells were featured in an episode of The Munsters TV sitcom as themselves, providing further exposure outside of the L.A. area. In '65 they also appeared in the film When the Boys Meet the Girls, on the TV show Shindig!, and also on the Bing Crosby Show as the "Love Bugs".

In late 1965, the band signed to the Tower label and issued the single 'Dirty Water', which was to become their biggest and only Top 40 hit, eventually peaking at #11 on the Billboard Hot 100 in June, 1966. The song, written by producer Ed Cobb, is about the city of Boston and has become a staple at Red Sox and Bruins games, being played at the end of the game if either team wins. It should also be noted that after the track was recorded, but before it became a hit, Dewey Martin (drums) filled in for Dodd for about four months before becoming a member of Buffalo Springfield. In May of '66 the group issued an LP also titled Dirty Water, which includes another hit written by Cobb ('Sometimes Good Guys Don't Wear White') that peaked at #43.

In the fall of 1966, the group issued a third LP titled Why Pick On Me/Sometimes Good Guys Don't Wear White to capitalize on the aforementioned hit. During the recording sessions for this album, an excellent cover of 'Looking At Tomorrow', written by Barry Mann and Cynthia Weil, was laid down but not included as a track. A fourth LP titled The Hot Ones! was then released only a few months later at the insistence of Cobb, which includes mediocre covers of other band's major hits of the day, including songs by Donovan, the Troggs, Rolling Stones and Monkees. The album flopped and soon after, Lane left the fold and was replaced by Dave Burke (bass). Burke didn't last too long however and was soon replaced by John "Fleck" Fleckenstein (bass), who had previously been an original member of Love.

As with many of the other bands of the time, 1967 saw the Standells leaning into psychedelia with the release of the single 'Try It' in the spring of that year. The song was co-written by bubblegum king and Ohio Express producer Joey Levine and was later covered by that band in 1968, but had already been previously issued about three months earlier by British group the Attack. Controversy surrounded the track however when it was banned by Texas radio mogul Gordon McLendon, who deemed the record to have sexually suggestive lyrics. The band took advantage of this through, releasing an LP of the same title in the fall and bragging of the fact that it had been "banned" on the front and back of the cover. The highlight on the album however is the outstanding 'All Fall Down' tucked away in the middle of the second side. '67 also saw the group appear in the pyschsploitation movie Riot on the Sunset Strip with the soundtrack including the excellent 'Get Away From Here'.

In early 1968, the group issued a final single ('Animal Girl'), but when it made little impact, Dodd decided to leave and pursue a solo career. The band continued to perform with a varying lineup including guitarist Lowell George of future Little Feet fame, but couldn't keep it together and broke up later that year. They reunited in the 1980s and then again in 1999, and continued to play live frequently into 2014.