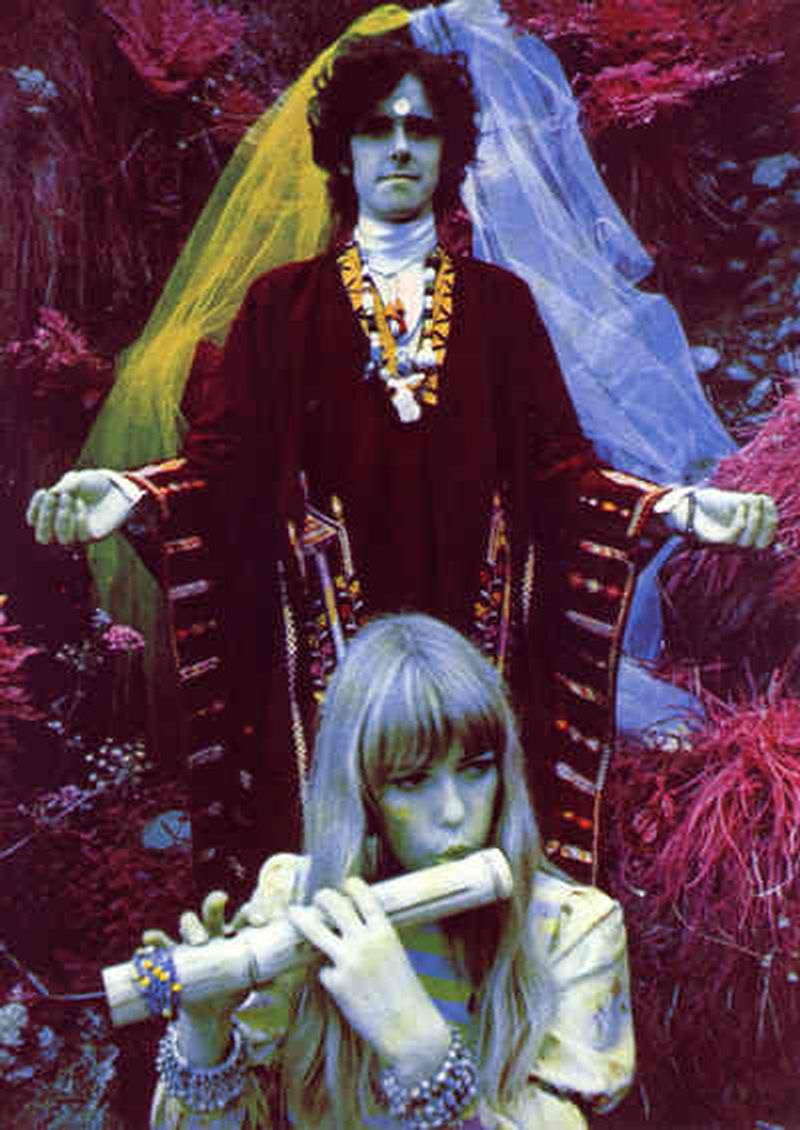 Initially a folk troubadour from Glasgow, Scotland, Donovan P. Leitch was quickly labeled as the "British Bob Dylan" after hitting it big with self-penned and highly regarded early folk hits like 'Catch The Wind' and 'Colours'. This label wore off quickly by his second album (Fairytale), which shows glimpses of acoustic psychedelia ('Summer Day Reflection Song') and jazz ('Sunny Goodge Street').

Donovan switched to the Epic label for his groundbreaking third LP, Sunshine Superman. Heavily influenced by The Beatles, the song 'Sunshine Superman', subtitled 'For John And Paul', was a prototypical tune about psychedelics. Despite its obvious drug connotations with lyrics like "tripped out easy" and "blow your little mind", it still managed to hit #1 on the Billboard Hot 100. Acidy guitar ('Season Of The Witch') and sitars ('Three King Fishers') give the Sunshine Superman LP an unmistakable Eastern sound. Donovan breezes through the album, casually alluding to other burgeoning pop stars like Jefferson Airplane, Mama Cass Elliot ('The Fat Angel'), Bert Jansch ('Bert's Blues'), and Bob Dylan ('The Trip'), suggesting that a similar soundwave was being ridden by musicians on both sides of the Atlantic.

His next album (Mellow Yellow) traverses towards a jazzier sound and the million-selling single of the same title infers that smoking dried banana peels will get you "high", but that is "quite wrongly". By 1967, Donovan was the de facto flower-child of the pop world with a love train of hits like 'Epistle To Dippy', 'There Is A Mountain', and 'Wear Your Love Like Heaven', all invoking colorful lyrics and non-traditional beats. The double boxed album A Gift From A Flower To A Garden and Donovan In Concert followed in late 1967 and early 1968; the later still considered by many to be one of the better live albums of the era.

In the spring of 1968, Donovan accompanied The Beatles to India to study with the Maharishi Mahesh Yogi and, like the Fab Four, he used this "time off" to compose music for his next LP, The Hurdy Gurdy Man. Among the standout tracks on this album include the sunshiny 'Jennifer Juniper' the hypnotic 'River Song' and the hard rocking 'Hurdy Gurdy Man'. John Paul Jones of Led Zeppelin fame arranged, directed and played bass on "Gurdy" (rumors of Jimmy Page and John Bonham playing lead guitar and drums are false) and George Harrison originally wrote a verse that Donovan occasionally still plays in his live shows:

"When the truth gets buried deep
beneath a thousand years of sleep
time demands a turnaround
and once again, the truth is found."

Donovan maintained his flower-child image with the mythical 'Atlantis', a Top 10 smash in 1969. The accompanying album Barabajagal shows the artist taking a harder rock approach with the Jeff Beck Group featured on two tracks and Graham Nash of the Hollies and Mike McCartney (Paul's brother) both playing on 'Happiness Runs'.

In early 1970, the partly recorded "Moon Under Capricorn" project was shelved due to a split with producer Mickey Most. Donovan then changed gears slightly with the LP Open Road released later that year, calling his new sound "Celtic", a term which caught on in the 1980s to describe practically any form of Irish or British folk music. The result was a darker album that didn't rely on the pop melodies he had come to be so well known for. The exception was the single 'Riki Tiki Tavi', which only became a minor hit as Donovan's chart power faded with the end of the 60s. Today he still plays live and is remembered as one of the pioneers and front runners of 60s flower-power music. TWOS was able to get back stage and meet him in 2018, which was a great experience!

This compilation CD contains the following songs by this artist that are played on TWOS:
- Hurdy Gurdy Man

This compilation CD contains the following songs by this artist that are played on TWOS:
- Sunny South Kensington
- Sunshine Superman [Full Version]

This compilation CD contains the following songs by this artist that are played on TWOS:
- The Summer Day Reflection Song