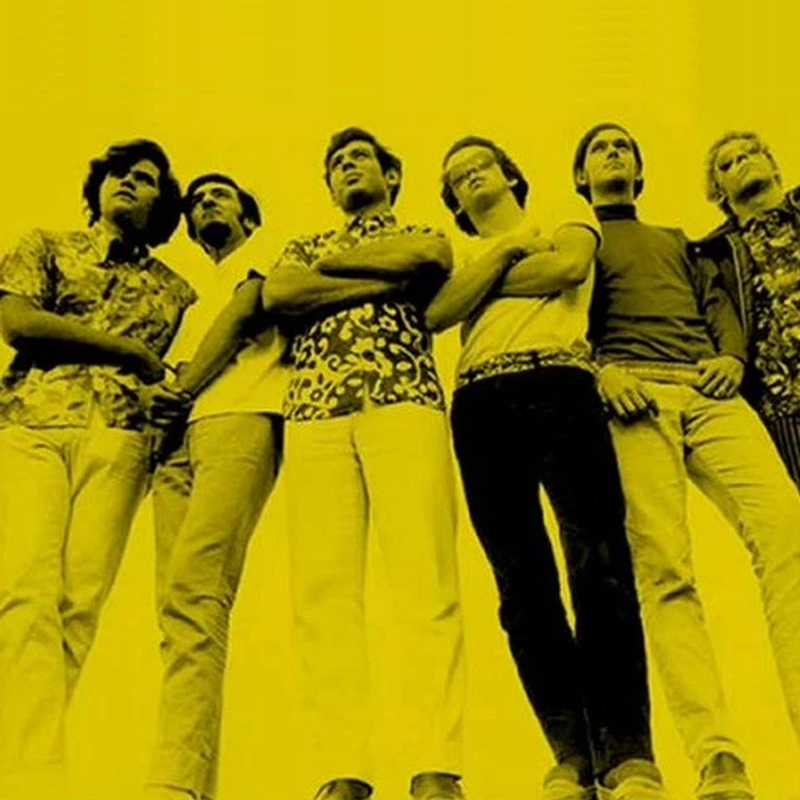 Traffic Sound was a Peruvian rock band founded in 1967 by Manuel Sanguinetti (vocals), Freddy Rizo-Patrón (rhythm guitar), Jean Pierre Magnet (saxophone), Willy "Wilito" Barclay (lead guitar), Willy Thorne (bass) and Luis "Lucho" Nevares (drums). Rizo-Patrón and Sanguinetti had met in school and previously played together played in Los Hang Ten's. The name of the band was chosen because of their special regard for a traffic light, placed as a souvenir in the attic of the Rizo-Patróns house, where they held their practices.

After a year of rehearsals and private shows, they were booked at a Peruvian psychedelic emporium called The Tiffany with great success, and prompted the recording of their first LP (A Bailar Go Go) on the Mag label in 1968. The album contains all covers of songs by the Doors, Cream, the Jimi Hendrix Experience, Eric Burdon & Animals and an excellent version of Iron Butterfly's 'You Can't Win', which they re-titled 'Destruction'.

The group issued their second LP (Virgin) in 1969, which contains all original material, including the outstanding 'Meshkalina'. By this time, they were also gigging outside of Peru in other South American countries like Brazil, Argentina and Chile. In 1970 they recorded a third, self-titled LP, which blends psychedelia with an Andean folk sound. In the early 70s, the group developed a prog-rock sound and issued a fourth LP titled Lux, which was heavily influenced by U.K. bands like Jethro Tull. They finally called it quits in 1972.