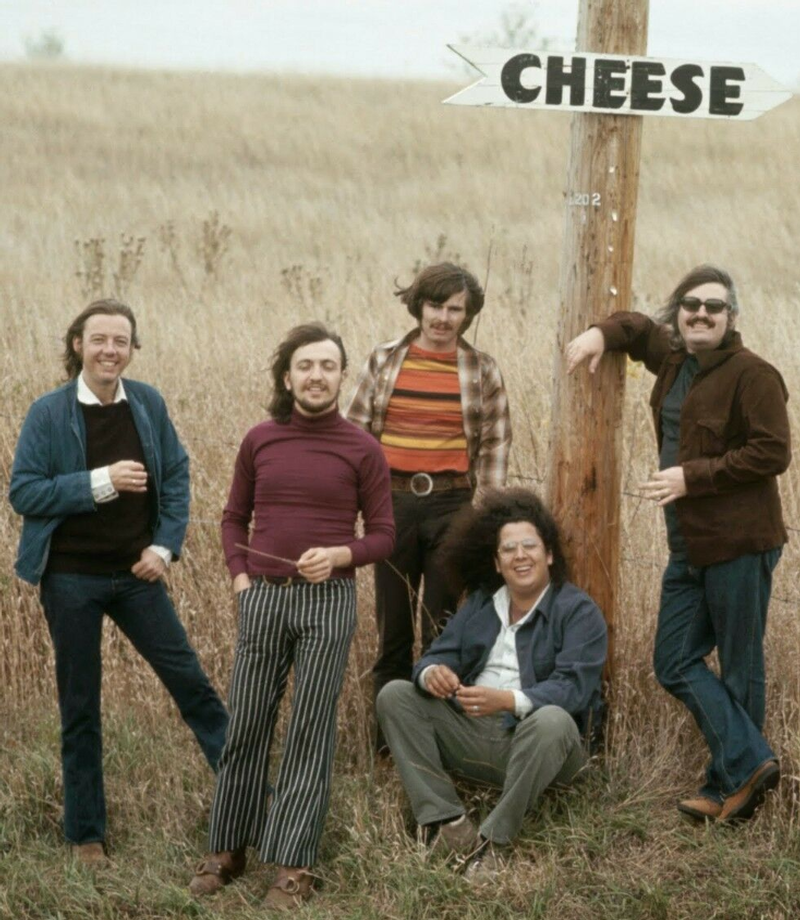 The Turtles are considered by many to have been one of the best L.A. groups to successfully capture that area's prevalent sunshine pop-psych scene of the mid to late 60s. Influenced by bands like the Byrds and Lovin' Spoonful, group frontmen Howard Kaylan (lead vocals, keyboard) and Mark Volman (harmony vocals) created a special mix of creative, yet catchy harmonies and lush melodies that still resonate with fans, old and new, to this day.

The band originally formed first as the Nightriders and the Crossfires in 1963, and played surf music around the area with original members and high school mates Kaylan, Volman, Al Nichol (lead guitar), Chuck Portz (bass) and Don Murray (drums). During their early college years, they added Jim Tucker (guitar) and latched onto the budding folk-rock scene, heavily inspired by other leading L.A. bands like the Byrds. Their career was kick started when club owner and popular local area DJ Reb Foster took an interest and became their manager, which soon led to a record contract with the newly formed White Whale label. They initially changed their moniker to the Tyrtles to go along with the intentionally stylized misspelling trend inspired by The Beatles and Byrds, but soon modified it to the normal spelling. The Turtles had a smash right out of the gates with their first single (a cover of Bob Dylan's 'It Ain't Me Babe'), which shot up the charts to the #8 spot on the Billboard Hot 100 in the summer of 1965. To capitalize on the hit, an LP of the same title was also issued in the fall of that year, which consists of mostly covers, but also a handful of Kaylan originals.

In the fall of '65, the group issued a follow up single ('Let Me Be'), which was also a cover that hit the #29 spot on the charts. At the beginning of 1966, Portz and Murray left the fold and were replaced by Chip Douglas (bass) and Joel Larson (drums). As a side note, Murray would later go on to become a member of the Holy Mackerel a few years later. 1966 also saw the band fall somewhat out of favor nationally, with a string of lower selling singles (including the excellent 'Grim Reaper Of Love'), along with a second LP (You Baby) that didn't make the charts at all. They did however keep busy performing live, primarily at top local nightclubs like the Whisky a Go Go, Third Eye and Hullabaloo. 1966 also saw the group appear in the teenybopper beach party movie Out of Sight, performing the somewhat psychedelic 'She'll Come Back', which didn't get officially released on vinyl until 1970.

In early 1967, the band received a shot in the arm with the release of their eighth single ('Happy Together'), which became their signature song and the only one for them to reach the top of the charts. The #1 smash had been previously rejected by a number of other artists, and became the first of a string of Turtles hits co-written by partners Garry Bonner and Alan Gordon. It should also be noted that the song was arranged by Douglas, who upon joining the fold, had quickly become one of their key creative cogs. To capitalize on the hit, a third high-selling LP of the same title was issued in the spring of '67, along with another Bonner-Gordon penned single ('She'd Rather Be With Me'), which peaked at the #3 spot. That year also saw the band perform the title song for the comedy film A Guide for the Married Man, starring Walter Matthau. At around this time, Douglas was coerced by Mike Nesmith of the Monkees to quit the Turtles and become their song arranger in an effort to break them out of what he perceived to be an overly manufactured sound. Douglas was promptly replaced by ex-Leaves alumnus Jim Pons (bass), and around the same time, Larson also left and was replaced by John Barbata (drums).

To support their newly found success, the band toured all over the U.S. and even flew across the pond to England for a show. Their heavy concert schedule continued into 1968 and on top of their studio demands, put too much pressure on Tucker who left to become an electrical contractor and wasn't replaced. Their first two singles of '68 ('Sound Asleep' and 'The Story Of Rock And Roll') were only minor hits, both bubbling under the Top 40. The band's fortunes changed however when Douglas returned to support them in the studio, but not as an official member. Their proved to be the secret sauce they needed, as their next two singles 'Elenore' and 'You Showed Me' both became high sellers reaching the #6 position. At around this time, a fourth LP (The Turtles Present The Battle Of The Bands) was issued, which is more or less a concept album of various musical styles, each track supposedly performed by 11 different fictitious bands, thus the title. Just before its release however, Barbata left to work with Crosby, Stills & Nash and was replaced by John Seiter (drums).

The first four months of 1969 were relatively quiet for the Turtles, with no new studio releases and minimal touring. May of that year saw the issue of the excellent single 'House On Hill', which surprisingly didn't chart. A second single ('You Don’t Have To Walk In The Rain') was also issued that month and sold respectably, reaching the #51 position. Their next two singles (the outstanding 'Love In The City' and 'Lady-O') both failed to chart. Another LP was then released in late '69 (Turtle Soup), which was produced by Ray Davies of the Kinks and as good as it is, only made it to #117 on the Billboard Top LPs chart. Long disillusioned with their record label and its growing financial problems by this time, Kaylan and Volman resisted White Whale's efforts to turn the Turtles into something approaching an assembly line pop act. The label apparently encouraged them to fire the rest of the band, tour with hired musicians and make records by adding their vocals to backing tracks recorded by Memphis session players. Such pressure convinced the band to record a single titled 'Who Would Ever Think That I Would Ever Marry Margaret?', which they promptly disowned after its release.

The Turtles wound down their career in 1970 with a second "Golden Hits" compilation (the first being a big seller issued in late '67), along with an album of B-sides and outtakes recorded throughout the years titled Wooden Head. Before the end of '70, the Turtles had broken up with Kaylan and Volman joining Frank Zappa's early 70s edition of the Mothers Of Invention. In the early 80s, the duo (now calling themselves Flo & Eddie) pulled together a new Turtles lineup and began touring. They also won back the rights to the original Turtle's master recordings and publishing, leading to numerous reissues of their catalog. The Turtles Featuring Flo & Eddie are still alive and well today, continuing to play in front of adoring fans of all generations.

The Turtles Present The Battle Of The Bands