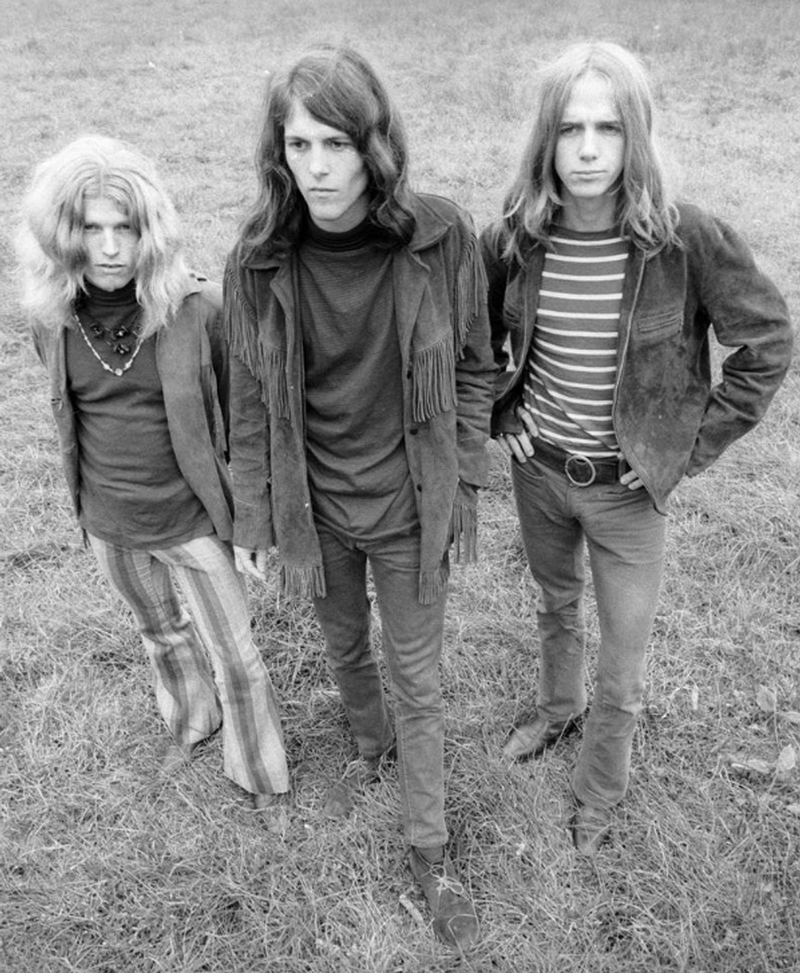 Blue Cheer was a San Francisco based heavy psychedelic band formed in 1966 by Dickie Peterson (bass, vocals), along with Leigh Stephens (guitar, vocals) and Eric Albronda (drums) who named the group after a type of LSD that was manufactured by chemist and Grateful Dead patron Owsley Stanley. Later that year, Dickie's brother Jerre Peterson (guitar), in addition to Vale Hamanaka (keyboards) and Jerre Whiting (vocals, harmonica) were added making them a 6-piece. In 1967, former Oxford Circle member Paul Whaley (drums) replaced Albronda, who became a member of the outfit's management team. Later in '67, Jerre Peterson, Hamanaka and Whiting all left the fold, reverting them back to a trio.

In early 1968, the band scored a strong hit with an original and very heavy cover of Eddie Cochran's 'Summertime Blues', which peaked at #14 on the Billboard Hot 100. Their sound at this time can best be characterized as a simple combination of borderline over the top, hard driving guitar and bass, but as the band continued to mature over the years, their material became more melodic and complex. Many rock music enthusiasts today consider them as one of the primary U.S. bands to pioneer heavy metal. Their first LP titled Vincebus Eruptum, which is Latin for "Control of Chaos", hit #11 in the U.S. and includes the hammering 'Summertime Blues' along with another outstanding and hard-driving track named 'Out Of Focus'. Unfortunately they were never able to match this level of commercial success as the band was continually plagued by a virtual revolving door of personnel changes throughout their career, starting with the addition of Burns Kellogg (keyboards) on their second LP Outsideinside released during the summer of '68. The highlight from this album is the excellent 'Feathers From Your Tree'.

Their third LP (New! Improved!) was released in the spring of 1969 and saw the addition of former Sons Of Adam and the Other Half member Randy Holden (guitar), who had replaced now gone solo artist Stephens . This album includes the outstanding and ground breaking power ballad 'Peace Of Mind'. Their fourth, self-titled LP saw the departure of Holden and Whaley and the addition of Bruce Stephens (keyboards, bass), who was the brother of Leigh Stephens and former Sopwith Camel member Norman Mayell (guitar, drums).

In the fall of 1970, they released their fifth LP titled The Original Human Being, which includes the hard rockin' 'Good Times Are So Hard To Find' and the eastern influenced instrumental 'Babaji (Twilight Raga)'. This album saw the departure of Bruce Stephens and the addition of previous Oxford Circle and Kak member Gary Yoder (guitar, harmonica). This lineup also released a sixth and final LP (Oh! Pleasant Hope) in the spring of 1971, which contains the awesome 'I'm The Light', considered by many to be one of their best songs.

The Original Human Being

Good Times Are So Hard To Find: The History Of Blue Cheer

This compilation CD contains the following songs by this artist that are played on TWOS:
- Babaji (Twilight Raga)