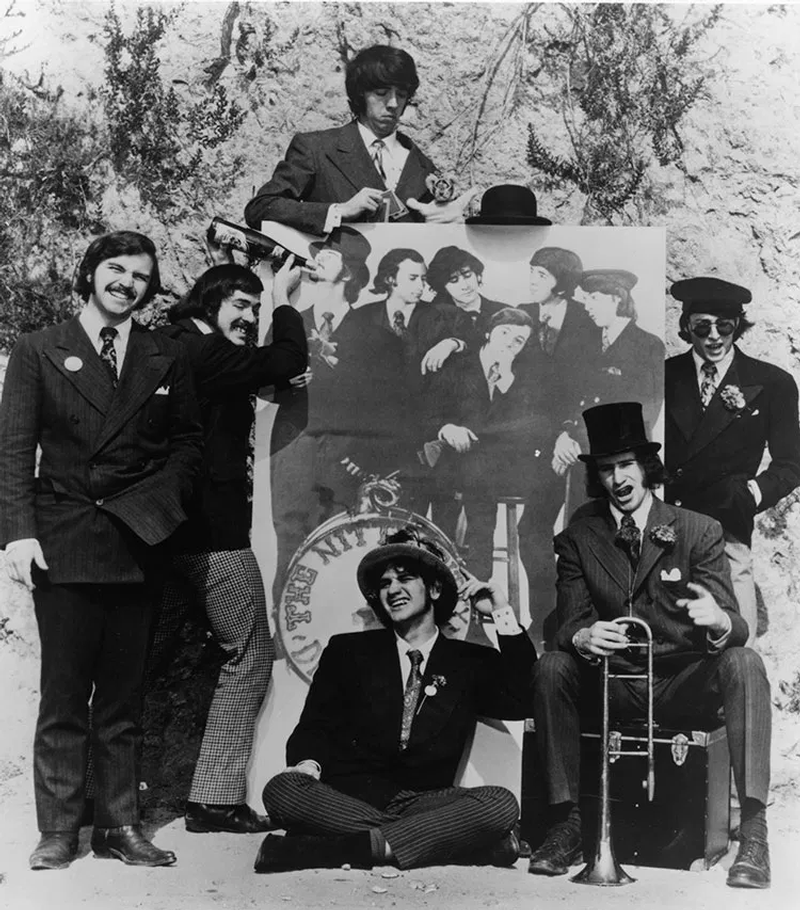 Browne was in the band for only a few months before he left to concentrate on what would become a highly successful solo career, and was replaced by John McEuen (guitar, vocals, banjo, fiddle, mandolin, accordion). McEuen's older brother William was the group's manager, and helped them get signed with Liberty Records, which released the group's self-titled debut album in early 1967. Their first single (the excellent 'Buy For Me The Rain') peaked at #45 on the Billboard Hot 100 in the spring of that year, and the band gained exposure on Johnny Carson's The Tonight Show, as well as by playing concerts with the likes of the Doors.

A second LP (Ricochet) was issued in the fall of '67 and was less successful than their first, but contains three standout tracks including a great cover of Mike Brewer's 'Truly Right', which was recorded later by Brewer & Shipley. Kunkel wanted the band to "go electric" and include more original material, while Bruce left and was replaced by former Kaleidoscope member Chris Darrow (guitar, mandolin, fiddle, vocals). A third LP (Rare Junk) was released in 1968 and was really their first "electric" album; however, it was a commercial failure, but nonetheless includes the outstanding track 'A Number And A Name'. The band continued to gain publicity, mainly as a novelty act, making an appearance in the 1968 film For Singles Only and a cameo appearance in the 1969 musical western Paint Your Wagon, performing 'Hand Me Down That Can O' Beans'. The band also played Carnegie Hall as an opening act for Bill Cosby and jammed with Dizzy Gillespie.

The group was inactive for a six month period after Paint Your Wagon, then reformed with Jimmy Ibbotson (guitar, keyboards, drums, accordion, bass, vocals) replacing Darrow. With William McEuen as producer and a renegotiated contract that gave the band more artistic freedom, they recorded and released the 1970 LP Uncle Charlie & His Dog Teddy. Embracing a straight, traditional country and bluegrass sound, the album includes the group's best known singles: a cover version of Jerry Jeff Walker's (Circus Maximus) 'Mr. Bojangles', Michael Nesmith's (Monkees) 'Some Of Shelley's Blues' and four Kenny Loggins songs including 'House At Pooh Corner', the first recordings of Kenny's songs. Their version of 'Mr. Bojangles' became the group's first hit, peaking at #9 on the Billboard Hot 100, with an unusual 36 weeks on the chart.

Late 1972 saw the release of their most noted work (the triple LP Will The Circle Be Unbroken), which delves deep into country and western, and features a slew of veteran artists of the genre at the time, including Earl Scruggs and Mother Maybelle Carter to name a few. In 1976, the band shortened their name to the Dirt Band and issued several singles and four LPs on the United Artists label under that moniker. In 1978, the group appeared on Saturday Night Live in their own slot and then separately, billed as the Toot Uncommons, providing backing for Steve Martin on his million selling novelty tune ’King Tut’ (yes, I had the 45). In 1979, their single 'An American Dream', with backing vocals by Linda Ronstadt, reached #13 on the Billboard Hot 100.

In 1982, the band returned to its original name and country roots. Since then, they’ve released another 14 LPs and in 2015 commemorated their 50th anniversary with a sold out show at the Ryman Theater in Nashville. Taped for a PBS special which debuted in March 2016, the concert includes guests John Prine, Sam Bush, Vince Gill, Jerry Jeff Walker, Alison Krauss, Rodney Crowell, Byron House, Jerry Douglas and Jackson Browne, in addition to former member Ibbotson. In September, 2016, Circlin' Back: Celebrating 50 Years, a live CD and DVD was released and they still continue to perform live to this day.