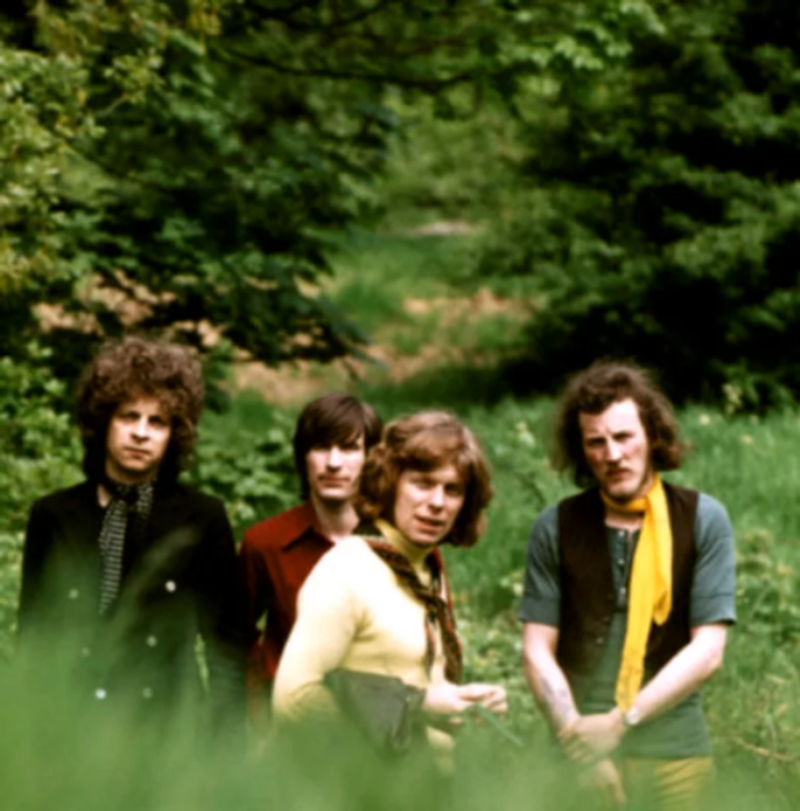 This group is considered by many to have been one of the better bands to emerge out of the 60s Birmingham music scene, while somehow never achieving any notable commercial success. They evolved in mid 1966 from the group Mike Sheridan & The Nightriders who's members Dave Pritchard (vocals, guitar), Greg Masters (bass) and Roger Spencer (drums) joined forces with a young singer and songwriter named Jeff Lynne (vocals, guitar). They originally called themselves the Idyll Race, but soon changed their name to the less poetic Idle Race.

After securing a record contract with Liberty in the summer of 1967, the band released a little known non-U.K. issued debut single, a cover of the Move's '(Here We Go Round) The Lemon Tree'. Their first U.K. single, the excellent 'Imposters Of Life's Magazine' b/w 'Sitting In My Tree' was issued in the fall of 1967. A second outstanding U.K. 45, 'The Skeleton And The Roundabout' b/w 'Knocking Nails Into My House' was issued in the spring of 1968, and although both were critically acclaimed, they still failed to sell well. At around this time, the group's music was featured in the Fred Marshall film titled Pop Down, which highlights the excesses of the Swingin' London Scene as viewed through the eyes of aliens from outer space. Apparently the movie is rather horrid, but has become a relavent time capsule over the years, featuring other lesser known psychedelic bands of the era, including Dantalian's Chariot and the Blossom Toes.

In the fall of 1968, the group released their debut LP titled The Birthday Party, which includes songs from previously released singles as well as some outstanding, album only tracks like 'On With The Show' and 'Lucky Man'. Although the record didn't sell that well, it did receive critical respect as well as public endorsement by various music heavyweights of the time, including The Beatles. During this period, the group was considered to be quite schizophrenic due to the fact that while their records were awash in pop hooks, acid backdrops and lilting harmonies, they were a much heavier live act. Lynne's early trademark around the Birmingham clubs and colleges was his ability to coax an unusual "violin like" sound out of his guitar, while Masters would occasionally take a bow to his Hofner bass. In addition to original material, their set list included extended covers of Steppenwolf's 'Born To Be Wild', the Jimi Hendrix Experience's 'Purple Haze', Moby Grape's 'Hey Grandma', and the Doors' 'Love Me Two Times'.

The winter of 1969 saw the release of a follow up, self-titled LP. This album was produced by Lynn and sought to create a more accessible and poppy sound in the hopes of selling more records, but this strategy unfortunately gave birth to a far less creative sound when compared to their previous album.

A continued lack of commercial success saw the departure of Lynne in 1970, who went on to join the Move and later became the creative genius and leader of the Electric Light Orchestra. The remaining three members continued on, recruiting Mike Hopkins (guitar) and Dave Walker (vocals, harmonica). With Lynne gone, Pritchard assumed the role of the band's primary song writer, changing their sound dramatically. Later in 1970, they released a little known non-U.K. issued 45 which contains the outstanding B-side, 'Victim Of Circumstance'. Their third and final LP, titled Time Is was issued on Regal Zonophone in the spring of 1971 and contains the simple but excellent 'Dancing Flower'. When records continued to sell poorly, the group finally called it quits in 1972.