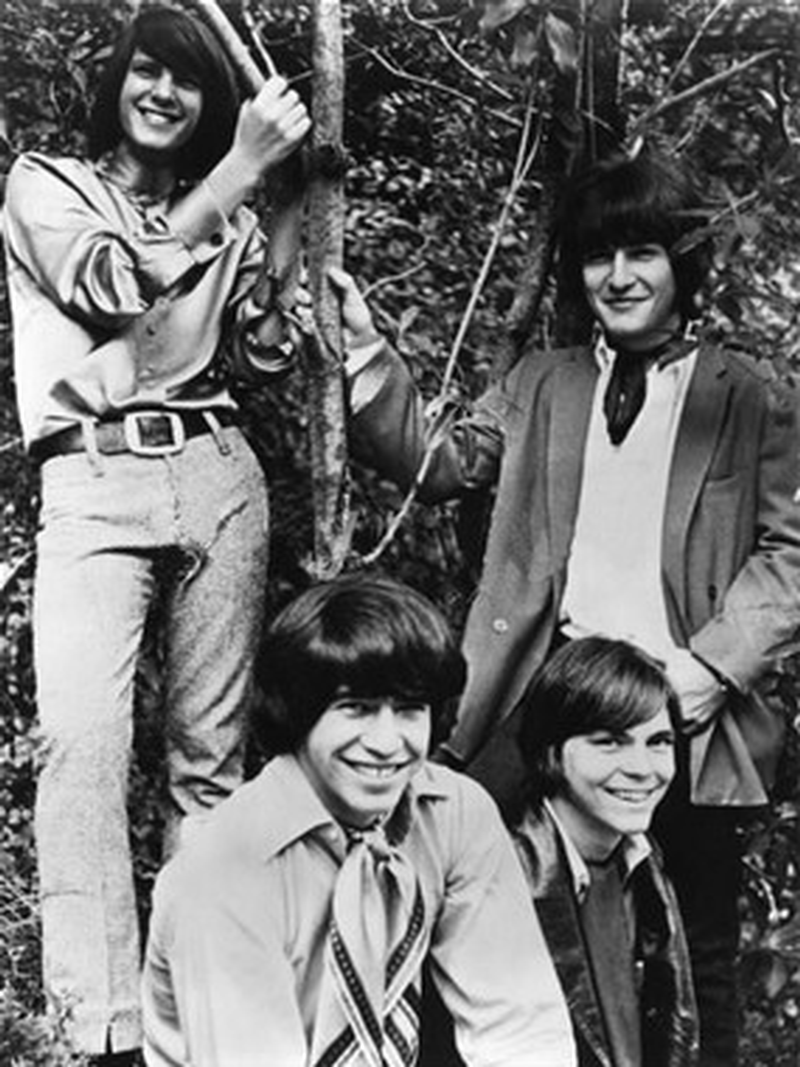 This Torrance band formed in the spring of 1966, evolving out of the Driftones. Original members were Dan Hortter (lead vocals, harmonica), John Knox (lead guitar), Larry Tyre (rhythm guitar), Herby Ratzloff (bass) and Terry Rae (drums). Rae would only last a few weeks however and was replaced by Danny Gorman (drums), rounding out the first stable lineup of the Yellow Payges. The group became regulars at L.A.'s Hullaboo Club and eventually worked themselves up to the house band, replacing the Palace Guard. Hortter recalls, "I believe that had they (Palace Guard) stayed together, they would still have been the main act at the Hullabaloo Club. It just turned out that we were in the right place at the right time."

Even though the group was becoming progressively more popular, they were plagued early on with several personnel changes, beginning with Knox and Ratzloff being replaced by Bob Norsoph (lead guitar) and Mike Rummans (bass) in the latter half of 1966. It was this lineup that issued two singles on the local Showplace label, and were then signed to the national UNI label in 1967. That summer, they embarked on a demanding 45 city tour as a part of Dick Clark's "Caravan of Stars". After the tour, Norsoph left and was replaced by Rummans, who switched from bass to lead guitar. Jim Lanham was then recruited to take over on bass. Tyre then left and was replaced by Randy Carlisle (rhythm guitar). Carlisle then left and the Yellow Payges continued on as a 4-piece ensemble. The next to go was Lanham who was replaced by Teddy Rooney (bass), the son of famous actor Mickey Rooney. It was this lineup that issued the first two UNI label singles.

In the summer of 1968, Rooney (who would go on to form the Rooneys with his brothers Mickey and Tim) and Rummans left the fold and were replaced by Bill Ham (lead guitar) and former Those Guys member Bob Barnes (bass). A mere two weeks after the change, the group played the prestigious Hollywood Bowl with Eric Burdon & The Animals, Tommy James & The Shondells and the Rascals, and knocked the audience off their feet! After the successful show at the Bowl, the Yellow Payges were in very high demand locally, playing numerous L.A. area live appearances with headliners like the Byrds, Jefferson Airplane and Grateful Dead. In the spring of 1969, the ensemble issued there one and only LP (Volume 1) which includes the outstanding ballad 'Never Put Away My Love For You'. Soon after that, they released the awesome non-LP pop-psych single 'Vanilla On My Mind', which is a TWOS favorite.

Along with their many live performances, the Yellow Payges also played on several television shows both locally and throughout the country. Some of the programs that the band performed on included The Art Roberts Show in Chicago, The Michael Blodgett Show in L.A. and The Joe Franklin Show in New York City. Their TV coup de grace though had to have been when they appeared on Dick Clark's American Bandstand where they performed 'Never Put Away My Love For You'. The group also ended up doing a few national AT&T commercials playing their name against the actual Yellow Pages phone book.

In late 1969 and throughout 1970, the band continued gigging heavily, but was also in and out of the studio working on their second LP to be titled "Volume Two". Shockingly, with over half the album completed, the group split up suddenly and it was never completed. To make it worse, all tracks from this effort were lost and have never been heard or seen of since.

Vanilla On My Mind