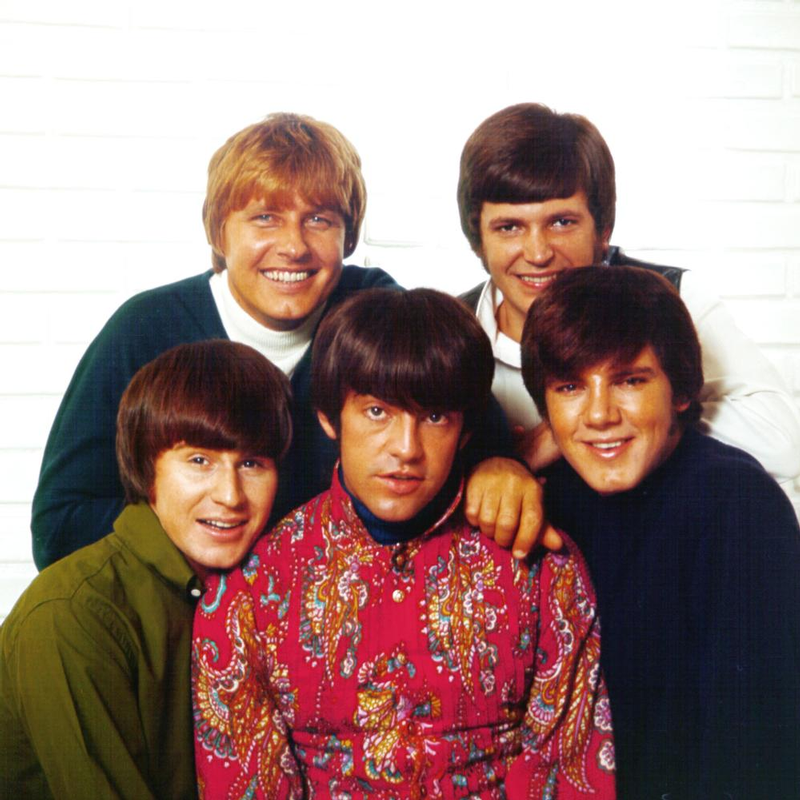 Initially based in Boise, ID, Paul Revere & The Raiders began way back in 1958 as an instrumental rock outfit called the Downbeats, led by Paul Revere Dick (keyboards). In his early 20s, Revere owned several restaurants in Caldwell, ID and first met Mark Lindsay (lead vocals, saxophone) while picking up hamburger buns from the bakery where Lindsay worked. Other original members included brothers Richard (guitar) and Roger White (guitar), Bill Hibbert (bass) and Jerry Labrum (drums). In 1960, the group changed their moniker to Paul Revere & The Raiders on the eve of their first record release for Gardena Records. The band garnered their first hit in the Pacific Northwest in 1961 with the instrumental 'Like, Long Hair', which also had enough national appeal that it peaked at #38 on the Billboard Hot 100 in the spring of that year. Later that year, Revere was drafted for military service and became a conscientious objector, working as a cook in a mental institution for a year and a half of deferred service. During the same time period, Lindsay pumped gas in Wilsonville, OR and on the strength of their Top 40 single, he toured the U.S. in the summer of 1961 with a band that featured Leon Russell taking Revere's place on piano. The band then relocated to Portland, Oregon in 1962 when Revere returned after completing his deferred service.

By the summer of '62, Revere and Lindsay were working together again in Oregon with a version of the Raiders that featured Drake Levin (guitar), Mike “Doc” Holiday (bass) and Mike "Smitty" Smith (drums). It was this lineup that issued the single 'Louie Louie' on the Sandé label in the spring of 1963, which then got them a national deal with Columbia Records. In 1965, the Raiders began recording a string of garage rock classics and relocated to Los Angeles under the guidance of producer Terry Melcher. They also increasingly emulated the sounds of British Invasion bands like The Beatles, Rolling Stones and Animals, while also adding a dose of American R&B. Their first major national hit ('Just Like Me') reached #11 later that year and was one of the first rock records to feature a distinctive, double-tracked guitar solo performed by Levin.

The band scored another big hit with 'Kicks', peaking at #4 in early 1966, and also appeared regularly on U.S. national television, most notably on Dick Clark's Where the Action Is. The group issued their first LP (Midnight Ride) in the spring of '66, which includes 'Kicks' along with the first release of the Boyce & Hart penned '(I'm Not Your) Steppin' Stone', which of course became a huge hit for the Monkees later that year. In November, 1966, the band garnered another smash with the Barry Mann and Cynthia Weil penned 'Hungry' (peaking at #6) and also appeared on the popular Batman TV series, performing a few little ditties, including 'Yankee Doodle' with the Penguin on vocals in the episode 'Hizzonner the Penguin'. The Raiders also had an endorsement deal with the Vox Amplifier Company through its U.S. distributor, the Thomas Organ Co., with Revere using the Vox Continental combo organ and Volk occasionally playing the Vox Phantom IV bass. When performing, the entire band was plugged into Vox Super Beatle amplifiers and was reported to be the first major act in history to tour with all members amplified, including horn playing sidemen. When Levin left the group in 1966 to join the National Guard, he was replaced by Jim Valley (guitar), another Northwest musician the Raiders had met during their days playing the Portland and Seattle music circuits. Valley was dubbed "Harpo" by the other Raiders due to a vague resemblance to the famous Marx brother. Other hits from this period included 'The Great Airplane Strike' (#20), 'Good Thing' (#4), and 'Him Or Me – What's It Gonna Be?' (#5).

In mid 1967, with three gold albums to their credit, the Raiders were Columbia's top-selling rock group, prompting their Greatest Hits LP to be one of two releases selected by the label's president, Clive Davis, to test a higher price point for albums expected to be particularly popular (the second record being Bob Dylan's Greatest Hits). At the height of the group's popularity however, Valley, Volk, and Smith decided rather abruptly to leave the fold. The split happened for a number of reasons: among them their feeling that the group was being stifled from evolving into a more cohesive, creative team; feeling upset over being replaced by studio musicians on recordings, and finally being frustrated with a continued teen-oriented direction while a more serious, progressive style of rock music was rapidly emerging all around them. The first to exit was Valley, who embarked on a solo career, paving the way for former guitarist Levin to rejoin and finish the band's spring of 1967 tour. The last appearance of Volk and Smith with the Raiders was then scheduled to transpire on The Ed Sullivan Show. Revere however, was still stewing over the mass exodus, and somehow now blamed Levin for instigating the departures. It unfortunately all came to a boil when the group showed up at the Ed Sullivan Theater to perform together for the very last time, but Revere singled out Levin and refused to allow him to play. Unbeknownst to the rest of the group, Revere had secretly hired a new guitarist (Freddy Weller) to perform that night, but despite this rather low blow, Levin held no grudges and actually helped Weller with the chords to the songs during rehearsal, and then watched from the wings as the Raiders made their one and only appearance playing Sullivan's show on April 30, 1967. About a month later, Volk and Smith left as planned, subsequently rejoining the previously ousted Levin to form another band called Brotherhood. To reconstruct the Raiders, Revere brought in Charlie Coe (bass), who had briefly played guitar for the group in 1963, and also Joe Correro, Jr. (drums).

The psychedelic and free wheeling tastes of the late 60s eventually rendered the group somewhat unfashionable, but they still continued to score several modest hits through the rest of the decade, including 'Ups And Downs', 'I Had A Dream', 'Too Much Talk', 'Don't Take It So Hard', 'Cinderella Sunshine', 'Mr. Sun, Mr. Moon', and last but not least, 'Let Me', which became their last gold record. On January 6, 1968, just four months after the cancellation of Where The Action Is, Revere and Lindsay returned to the air as hosts of a new Dick Clark produced show in which the Raiders made several appearances, Happening '68 (later shortened to Happening). In August, 1968, Coe left the group again to get married and was replaced by former Where the Action Is heartthrob Keith Allison (bass). Mark Lindsay also took more control of the band during this time, producing all songs beginning with 'Too Much Talk' in 1968 and the psychedelic LP Something Happening. Lindsay's vision was represented on songs such as 'Let Me' and the albums Alias Pink Puzz and Hard 'N' Heavy (With Marshmallow). The success of 'Let Me' then allowed the Raiders to tour Europe with the Beach Boys in the summer of 1969, where they also recorded two videos for the long running German music TV show Beat-Club. Also in '69, the band performed a specially written song for a television commercial they appeared on for Pontiac's new GTO sports car, "The Judge", while Happening ended its run that fall.

In 1970, with an effort to upgrade the band's sound and image, their name was officially shortened to the Raiders, while the LP Collage attempted to finally move their music towards a more progressive rock direction. Despite getting a glowing review from Rolling Stone magazine, the album was a commercial disappointment, prompting Lindsay to start turning more towards solo projects. Correro then departed after their spring tour ended, and was replaced by Mike Smith (drums). The Raiders' biggest hit of the period, 'Indian Reservation (The Lament Of The Cherokee Reservation Indian)', was actually recorded during a Lindsay solo session, although some sources erroneously credit the lead vocals to Weller, who, around the same time, had recorded 'Indian Lake' (a cover of the hit song by the Cowsills). As a promotional gambit, Revere took the extraordinary step of riding across the U.S. four times, plugging the song at every market available, with his efforts paying off when "Indian Reservation" became a #1 chart topper in the summer of 1971.

By 1975, several personnel changes had occurred within the group, leading up to Lindsay's departure that year to continue his solo career. Revere continued to tour and in a memorable event, married for the second time on July 4, 1976 (America's Bicentennial) on stage during a Raiders show. The Raiders continued to release records into the mid 2000s and tour into 2014 until Revere retired and then passed away later that year. The band has forged on quite successfully however with the current lineup including Paul's son Jamie on guitar.