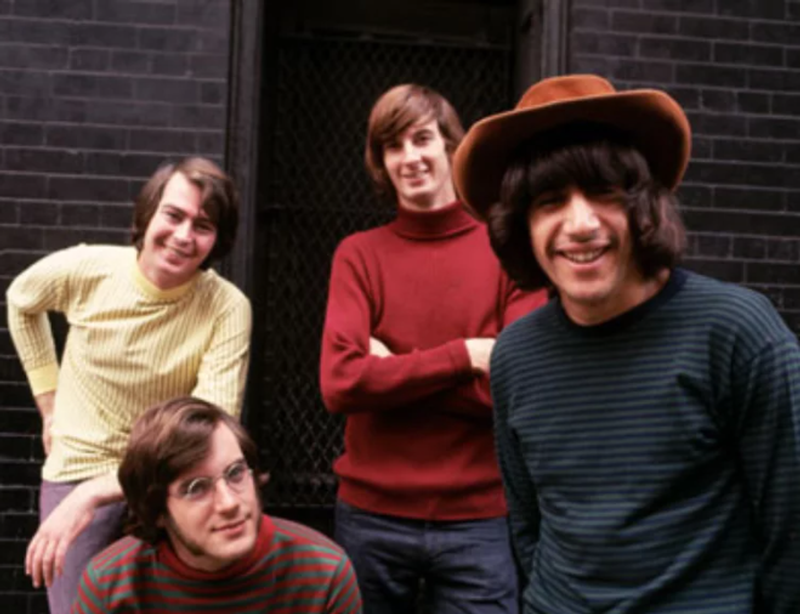 The Lovin' Spoonful was one of the first U.S. bands to help launch a serious counter attack on the British Invasion of the mid 60s. Following the Byrds lead with the advent of folk-rock, the Lovin' Spoonful put their own spin on the genre with what was labeled "good time" music. They were so well regarded at one point that their music became a big influence on many of the other popular acts of the time, including the Grateful Dead, Cream and even The Beatles. Their first seven singles reached the Top 10 and they had several hit albums, but they are still somewhat forgotten today with greater historical attention given to the many bands they influenced.

The group was comprised of John Sebastian (guitar, harmonica, autoharp, lead vocals), Zal Yanovsky (lead guitar, vocals), Steve Boone (bass, piano) and Joe Butler (drums, vocals). Sebastian was well known in the East Coast folk circles, having played with Bob Dylan, Fred Neil and Judy Collins, among others. He was also previously a member of the Even Dozen Jug Band which had a great bearing on the musical direction the Lovin’ Spoonful would take. Yanovsky had made his way from Canada to the Greenwich Village folk scene where he met Sebastian and subsequently formed the Mugwumps with Denny Doherty and Cass Elliot, later of the Mamas & The Papas. Boone and Butler had rock backgrounds and had already played in several bands. After The Beatles hit big in America, prompting the demise of mainstream folk, they decided to form the Lovin’ Spoonful, a name they got from a lyric in the Mississippi John Hurt song 'Coffee Blues'.

The Spoonful began a residency at the Nite Owl Café in Greenwich Village where they drew immediate attention. They turned down offers to be produced by Phil Spector and to sign with Elektra Records in order to sign with the Kama Sutra label and be produced by Erik Jacobsen, who knew both the band and their sound very well. Their first single was Sebastian's 'Do You Believe In Magic', which climbed to #9 on the charts in late 1965 and features the keyboard work of Jerry Yester, beginning a long-standing association with the band. The accompanying LP Do You Believe In Magic contains a mix of traditional songs along with four Sebastian originals and one group instrumental. 'Did You Ever Have To Make Up Your Mind' was another smash single (#2 on the Billboard Hot 100), and 'On The Road Again' eventually became a staple in Grateful Dead shows. The instrumental 'Night Owl Blues' contains a blistering harmonica solo from Sebastian, and 'Younger Girl' became a hit for the Critters.

Their image was good natured, goofy, and slightly bohemian which made them the logical choice for an upcoming television show that ultimately became The Monkees. Although starring in the show fell through, they continued with an impressive string of hits that included 'Daydream', 'You Didn't Have To Be So Nice', 'Rain On The Roof', 'Nashville Cats', and their only #1 song, 'Summer In The City' (co-written by Sebastian, his brother Mark, and Steve Boone). They also provided the soundtracks for Woody Allen's first film (What's Up Tiger Lily?) in 1966 and Francis Ford Coppola's You’re A Big Boy Now in 1967, which spawned the hit 'Darlin' Be Home Soon'.

The group's momentum took a serious hit when Yanovsky and Boone were busted for marijuana in San Francisco in early 1967. Yanovsky, a Canadian, risked deportation so their management and record company stepped in to handle the affair. The plan was to name the supplier (who was not busted) and then support him with the Lovin' Spoonful's legal team. This tactic backfired severely and the supplier was duly charged, which did not sit well with the counter culture.

Yanovsky voluntarily left the group and was replaced by Jerry Yester, fresh from producing the Association's second album Renaissance. Yester, a multi-instrumentalist and musical arranger, made the recent departure of producer Jacobsen a little easier. The next album, the Sgt. Pepper-ish Everything Playing, containes more studio trickery but it was becoming obvious that Sebastian's well was running dry. Furthermore, Yester could hardly live up to the stage presence of Yanovsky, making their live appearances suffer. 'Six O'Clock' and 'She's Still A Mystery' were quality singles but the rest of the LP is somewhat of a disappointment, revealing that the loss of Yanovsky and producer Jacobsen was quite serious.

By 1968, Sebastian quit the band to go solo. The group decided to continue as a trio with Joe Butler as lead singer, but the writing was already on the wall. One final album (Revelation: Revolution '69) billed as "The Lovin' Spoonful Featuring Joe Butler", was released but sounded nothing like the original band. Yester's voice was not featured at all and even though Yanovsky contributed to a couple of tracks, the record sounds like a bland late 60s album that was trying to sound hip. The loss of Sebastian forced the band to rely on outside writers, namely Bonner and Gordon who had written several hits for the Turtles, but Butler and company could not transform them into anything more than middle of the road AM pop. After the album's release, the band called it quits in 1969.

Sebastian made a comical if not memorable appearance at Woodstock and continued his sporadic solo career into the 70s where he struck gold with the #1 song 'Welcome Back', the theme song to the popular TV sitcom Welcome Back Kotter. Yester recorded the album Farewell Alderberan with his wife Judy Henske, which has become a cult classic. He also produced Tim Buckley, Tom Waits, and rejoined the Modern Folk Quartet and the Association. Yanovsky did one solo album, contributed to various sessions and wound up in the restaurant business. Boone and Butler reunited with Yester in the 90s as the Lovin' Spoonful and have had success on the oldies circuit.

Do You Believe In Magic

Hums Of The Lovin' Spoonful

You're A Big Boy Now